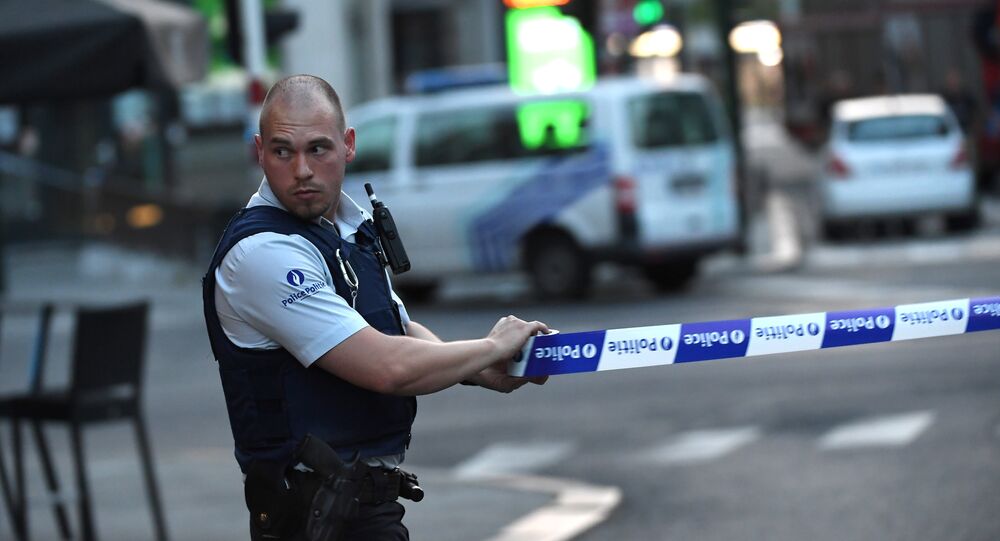 A fourth letter containing a suspicious white powder has been discovered in Belgium; once again, the civil defence personnel who arrived at the scene stated that there was no threat following detailed examination.

Earlier, on New Year's Eve, an envelope containing a suspicious powder was delivered to the house of Theo Francken, a former secretary of state for migration.

After the incident, the politician and his family had to spend several hours in quarantine until the powder was confirmed harmless.

Following this, a suspicious envelope was sent to the Palace of Justice of the city of Louvain — the powder also proved to be harmless.

© AP Photo / Randy Herschaft
Suspicious White Powder Causes Brief Suspension of NYC Bus Terminal - Police
On Thursday, police and civil defence officers went on a call to the building of the Zaventem commune in the suburbs of Brussels, where they found a suspicious envelope. Staff were swiftly evacuated from the premises, and a sample of powder was taken for laboratory examination.

Later on Thursday, another politician, the chairman of the Christian Democratic and Flemish party (CD&V) Wouter Beke, received a similar letter.

The chairman posted photos of the opened envelope and two civil defence officers in chemical protection suits on social media.

Law enforcement agencies have not yet reported whether these cases will be combined in a single investigation, or if they have identified a link between the string of letters.