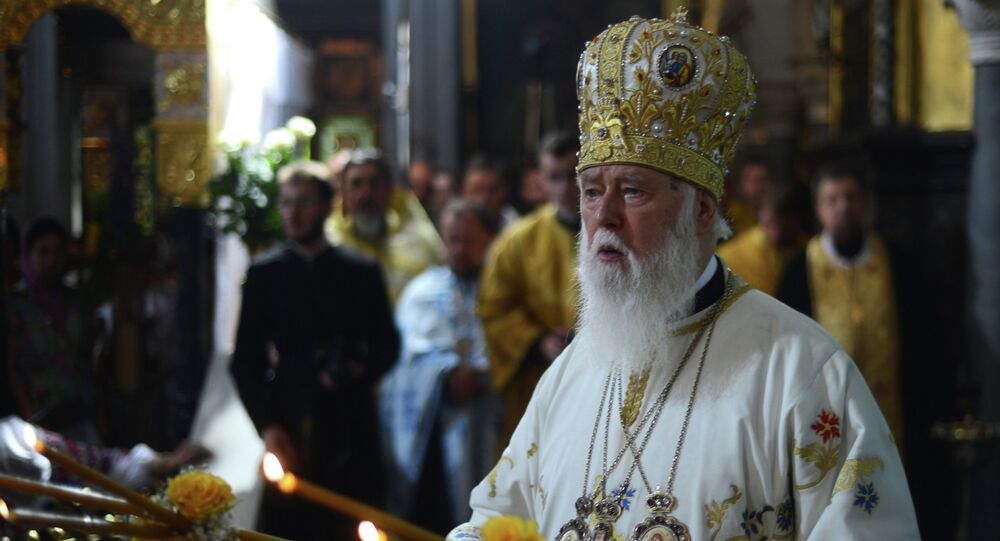 MOSCOW (Sputnik) - Metropolitan Sawa, the leader of the Polish Orthodox Church, sent a letter to Constantinople Patriarch Bartholomew, saying that the Polish church does not recognise the structure, recently set up in Ukraine, consisting of schismatics.

"It should be noted that according to our ancient church tradition, a prohibition [for religious ministry] can be lifted by those who imposed it. In any case, we have not seen repentance, redemption or humility, which are usually followed by the lifting of bans, on the part of Filaret [the head of the non-canonical Ukrainian Orthodox Church of Kiev Patriarchate] and his followers. This did not happen and this is a problem. That is why they cannot be recognised as real shepherds who can perform sacraments," the letter, published on the website of the canonical Ukrainian Orthodox Church of the Moscow Patriarchate (UOC-MP), read.

Metropolitan Sawa noted that the "unification council" provoked a lot of problems inside the society, including those of political nature. The cleric recalled that people, who had been devoid of their rites as clergymen, participated in it.

"So-called ‘Metropolitan’ Epiphanius, who is actually a secular person, has been damaged," the letter pointed out.

© Sputnik / Stringer
Law on Renaming Ukrainian Orthodox Church Insane - Patriarch Kirill
Metropolitan Sawa also called on Patriarch Bartholomew to gather the primates of all local Orthodox churches to discuss his decisions on Ukraine. According to the cleric, local churches believed that "autocephaly is granted only by the Mother church after consultations with all the primates."

The metropolitan's letter was his response to the message in which Patriarch Bartholomew informed primates of local Orthodox churches about the "unification council," held in Kiev on December 15. In the message, the patriarch expressed hope that the churches would recognise the new structure established in Ukraine and its head ‘Metropolitan’ Epiphanius.

Metropolitan Sawa sent copies of his response to the patriarch to the primates of local parishes for consideration.

The "unification council" was held in Kiev at the initiative of Ukrainian President Petro Poroshenko and Patriarch Bartholomew. It named Epiphany Dumenko the head of the new "autocephalous church." The Ukrainian authorities expect to get tomos of autocephaly from Constantinople later in January.

The council was attended by representatives of mostly non-canonical structures, which are not recognized by the world's Orthodox churches. Only two bishops of the UOC-MP took part in the meeting. The Moscow Patriarchate has described it as "legalization of schism," stressing that it would affect millions of Christians in Ukraine and abroad.