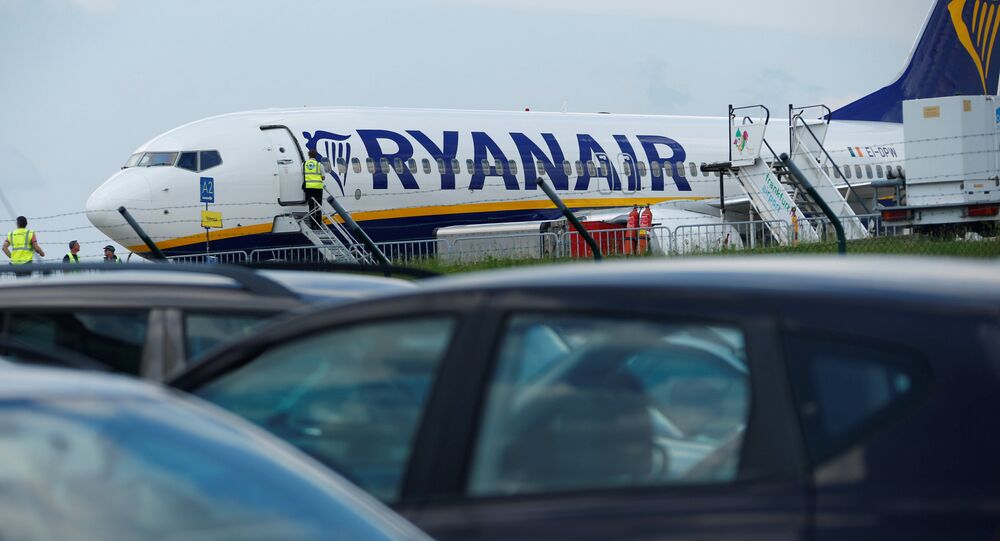 LONDON (Sputnik) – The UK Civil Aviation Authority (CAA) issued a license for the UK branch of Irish low-cost air carrier Ryanair, allowing the company to operate UK domestic flights and flights from the United Kingdom to destinations outside the European Union after Brexit, the airline said.

"Ryanair, Europe’s No. 1 airline, today (3 Jan) confirmed that the UK CAA has issued Ryanair UK with a UK AOC, which will allow this UK airline to operate UK domestic and UK to non-EU routes in a post-Brexit environment, if necessary," the company said in a statement published on its website on Thursday.

© AFP 2020 / JUSTIN TALLIS
UK Police to Kick Off Drills Tackling Unrest in Case of No-Deal Brexit - Reports
Juliusz Komorek, Ryanair’s chief legal and regulatory officer, in the statement welcomed the CAA’s decision to grant the airline the license allowing it to operate in the United Kingdom after Brexit.

The official also called on London and Brussels to reach an agreement on a transition period after the withdrawal which would allow avoiding any disruption of flights in 2019.

The United Kingdom is set to leave the European Union on March 29. However, officials on both sides have speculated about the possibility of withdrawal without an agreement on future relations.