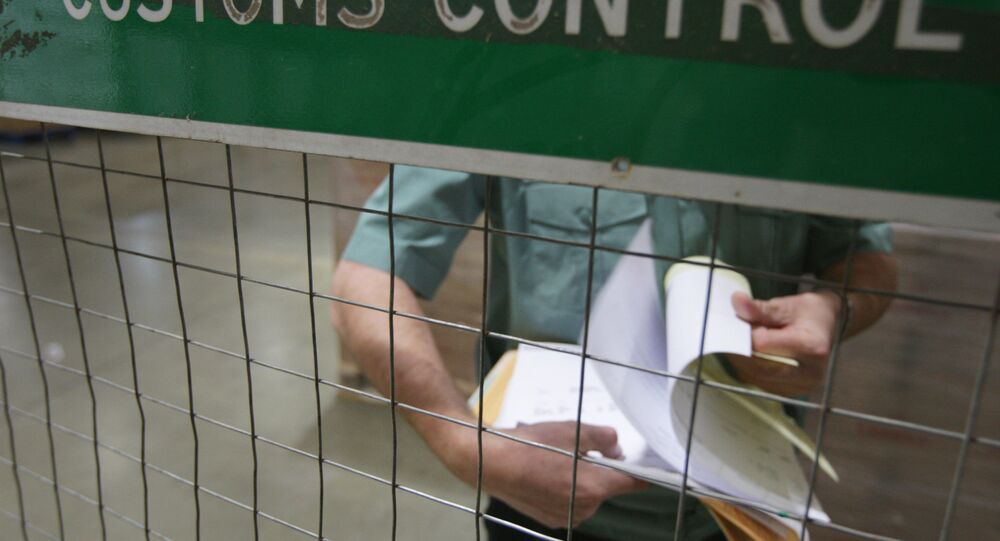 "Sources in Ukraine say that local customs has confiscated all copies of the Christmas address by Patriarch Kirill, which was sent from Russia to be traditionally read out at the church celebration on January 7," Vladimir Legoida said in a post on Telegram.

© Sputnik / Stringer
Law on Renaming Ukrainian Orthodox Church Insane - Patriarch Kirill
The spokesman said that the official reason was a breach of "customs formalities." He added that in this day and age the patriarch’s address could be read from a smartphone screen.

A "unification council" was held in Kiev last month on the initiative of Ukrainian President Petro Poroshenko and Constantinople Patriarch Bartholomew. It named Epiphany Dumenko as head of the new "autocephalous church." The Ukrainian authorities expect to get tomos of autocephaly from Constantinople in early January.

The council was attended by representatives of mostly non-canonical structures, which are not recognized by the world's Orthodox churches. Only two bishops of the canonical Ukrainian Orthodox Church of the Moscow Patriarchate (UOC-MP) took part in the meeting. The Moscow Patriarchate has described it as "legalization of schism," stressing that it would affect millions of Christians in Ukraine and abroad.