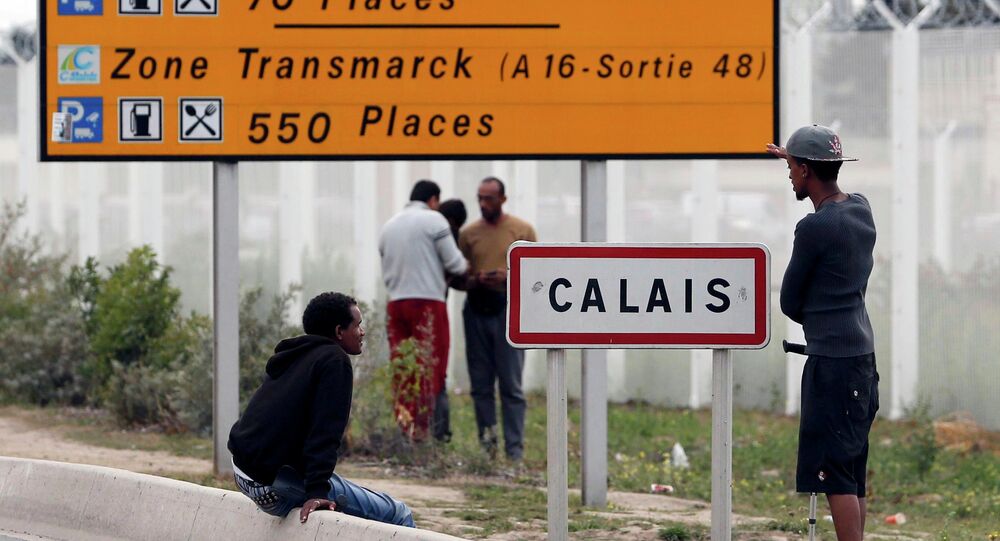 LONDON (Sputnik) – The migrant 'jungle' in the vicinity of the French city of Calais, where thousands await safe passage to the UK amid conditions Human Rights watch described as "Like Living Hell" in a 2017 report, is once again being cleared out by French police, prompting at least 239 new attempts to cross the English Channel since November.

The UK National Crime Agency (NCA) said it had arrested an Iranian citizen and a UK national on suspicion of arranging migrant trafficking across the English Channel.

"NCA officers have tonight (2 January 2019) arrested a 33-year-old Iranian national and a 24-year-old British man in Manchester, on suspicion of arranging the illegal movement of migrants across the English Channel into the UK. As the investigation is ongoing, we are unable to comment further at this time," the NCA said in a statement on Wednesday.

© Photo : Pixabay
'Major Threat': Over £500 Mln Lost to Scams 'Funding Terrorism & Drugs' in UK
According to UK media, since November, 239 people have attempted to cross the channel by boat into the United Kingdom. At its narrowest, the channel is a mere 33.3 km wide.

UK media have reported that traffickers leave migrants adrift on flimsy dinghies halfway across the English Channel and order them to wait for UK border guards to rescue them.

Earlier this week, UK Home Secretary Sajid Javid had agreed on a joint initiative to tackle illegal migration in the English Channel with French Interior Minister Christophe Castaner. Moreover, Javid asked the UK Royal Navy for support in dealing with the crisis.