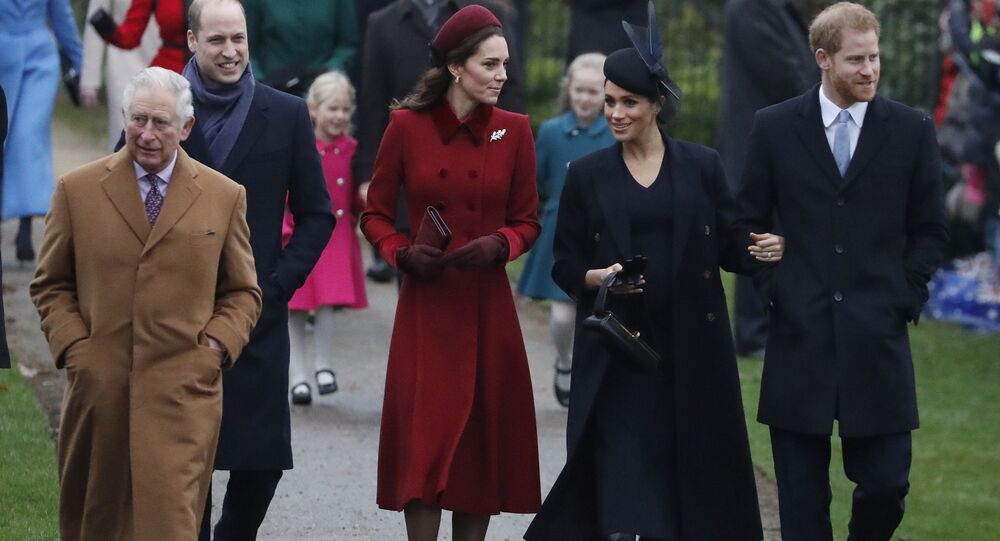 Buckingham Palace keeps count of public duties undertaken by the British royal family, and an analysis of palace statistics has found that its younger members had a much lighter workload than the older generation in 2018.

According to Court Circular, the listing of engagements carried out by the royals, 68-year-old Princess Anne worked more than 180 days last year and completed a whopping 518 engagements — more than any other British royal.

She outshone Prince Charles (507 engagements), Earl of Wessex (463), Duke of York (394), and Queen Elizabeth (283), The Telegraph reported. While this is a staggering amount of public engagements and other duties for the reigning monarch, who turned 92 in April, figures indicate that the family's younger generation had a significantly lighter workload in 2018.

Prince William and Prince Harry, for instance, made 220 and 193 appearances at events in the UK and overseas, respectively. However, the title of the "laziest" British royal can be handed, according to the stats, to the newly minted Duchess of Sussex Meghan Markle (96 engagements), and the Duchess of Cambridge Kate Middleton (87).

These figures have prompted critics of the monarchy to cast doubt on the future of the royal family.

"How can the monarchy survive when the younger generation can't be bothered to do even the light workload of their parents?" said campaign group Republic, which advocates for abolishing the monarchy and replacing the Queen with an elected head of state.

"It's not work as the rest of us know it," Republic claimed, adding that the royals' working hours include "watching sports matches and theatre".

"But the real question these figures raise is does William want to be king? Or is he just doing the bare minimum to keep his family happy in the hope he can have his cake and eat it?"

Some Brits have branded the monarchy an "anachronism" which is unprofitable as well as impractical.

The best value for money is to abolish them, open their homes up for a fee and just let people see the opulence that was once considered acceptable. The Royals actually bring in no money, tourist don't come to see them and most of us rarely get a glimpse. They are a posh cash cow

The royal family are a hideous anachronism. It would be like NASA putting a grandfather clock in a spaceship. No practical use, not even aesthetically pleasing. Just old and ineffective.

They simply are not worth keeping on. We don't need them and Millions of us simply don't like or want them.

Concept of a royal family is totally absurd in the modern era. Brexit threatens their existence so it will be interesting to see how they adapt going forward.

Theirs is also an opinion, however, that the royals can serve well to bring together a divided nation.

Tradition, continuity, stability, majesty, something for a divided nation to unite around, & the ability to dissolve parliament & call an election in times when politicians have created a national crisis are pretty good reasons to retain a system that has worked well so far;)