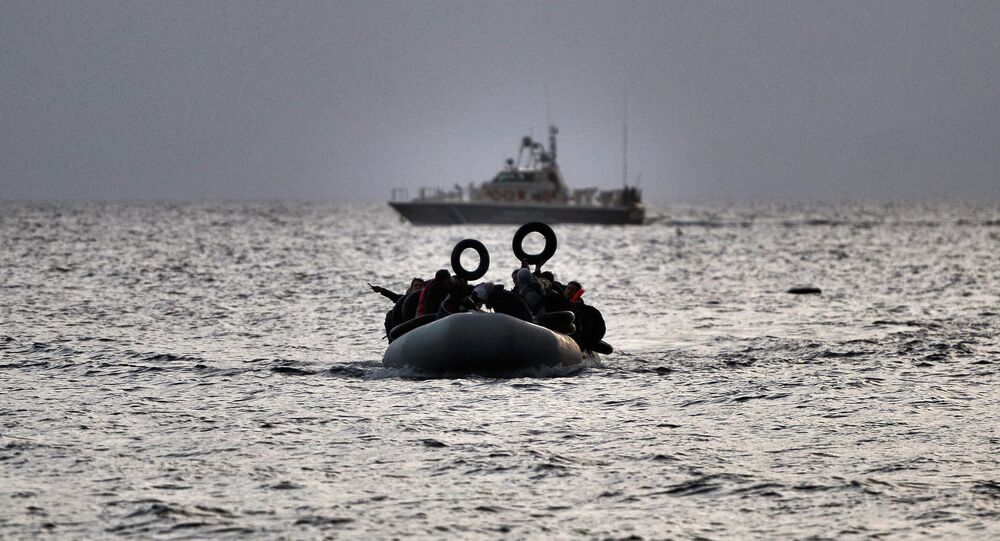 The UK Border Force had to re-deploy two of its largest ships, known as "cutters," from overseas missions to the English Channel, after some 100 migrants attempted to cross the strait on dinghies.

"I have made a decision today to redeploy two of the Border Force's largest vessels, known as cutters, from abroad back to the UK, to south-east England, and they will be joining a cutter that is already there and two other coastal patrol vessels," Home Secretary Sajid Javid said.

© AP Photo / Petros Giannakouris
UK Ex-Immigration Chief Calls for Action on Migrants Crossing English Channel
In the most recent incident, 12 migrants, including a 10-year-old child, were detained on the UK's Kent beach Monday.

According to a Home Office spokesperson, the migrants presented themselves as Iranian nationals.

"They all received a medical assessment and have now been transferred to immigration officials for interview," the spokesperson said

In a poorly concealed attempt to paint the justification for the ships' relocation as a humanitarian one, Javid pointed out that "we must remember that this is one of the most treacherous stretches of water that there is, 21 miles with people taking grave risk, really putting their lives into their own hands by taking this journey."

However, under a humanitarian façade, a more pragmatic approach is clearly visible.

© AP Photo / Moises Castillo
US Border Agency Orders Medical Checks on Children of Illegal Migrants
Javid disclosed that, besides the ships' deployment, the UK Home Office will also step up its efforts to return detained migrants to France.

"We will do everything we can to make sure [illegal border crossing] is not a success, in the sense that I don't want people to think that if they leave a safe country like France, they can get to Britain and then just get to stay," he said.

British cooperation with French authorities is improving, with around 40 percent of attempted crossings disrupted, and the two countries working together "both directly but also in more covert ways," according to Javid.

According to the home secretary, some 230 migrants attempted to cross the Channel in December, with "just under half" being disrupted by French authorities before taking to the seas.