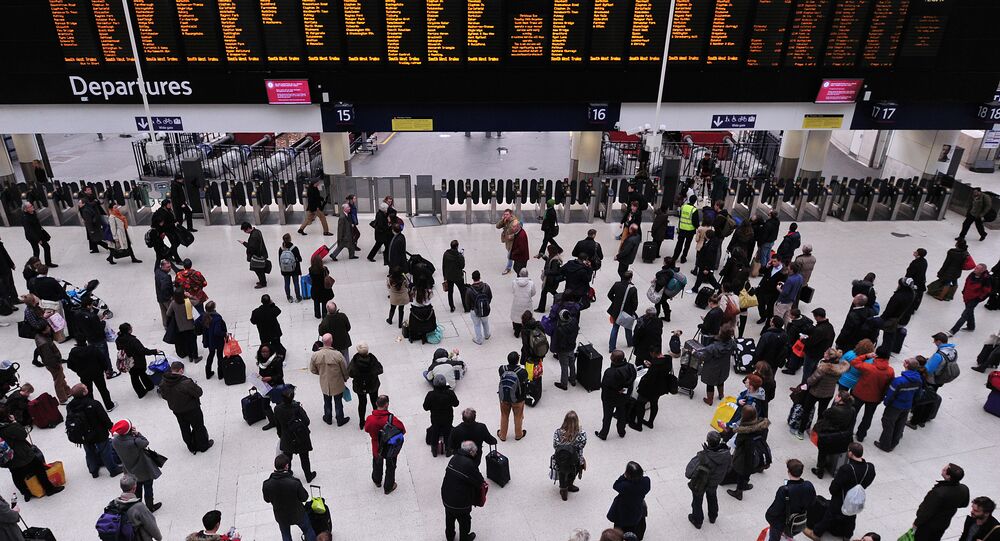 UK rail passengers are in for a New Year's nightmare as several major railway routes will face strikes over disputes. South Western Railway (SWR) workers from the Rail, Maritime and Transport Union (RMT) have already walked out around midnight with strikes to last around 24 hours.

SWR trains will operate at reduced capacity and affecting services across southern England, including the capital's busiest station London Waterloo. Bus contingencies will compensate for train shortages, with SWR pledging to "do everything we can to keep customers moving and reduce disruption".

South Western Railways "gambles with their passengers well-being," RMT general secretary Mick Cash said in a press release, adding that "as violence and sexual assaults have once again been in the spotlight over the festive period on Britain's dangerous railways this is no time to be taking risks in the interest of profit".

Rather than resolving the dispute, the UK government is "prolonging it by using tax payers' money to prop up South Western Railway on strike days," he added

However, SWR denied the allegations, stating that the RMT claims that new Class 701 vehicles which will reduce the need for guards on trains. "However, this is simply not true," an SWR spokesperson said.

"What we want to discuss with the RMT is how we can best operate these trains to optimise the customer benefit, specifically how we can keep customers moving if a guard is not available."

"Our plans mean more guards, not fewer — taking on more team members as we increase the number of services we operate," the company assured.

"The RMT continues to play politics with their ongoing strike action, causing misery at a time when people just want to be with friends and family or get to work," it said as quoted by the BBC.