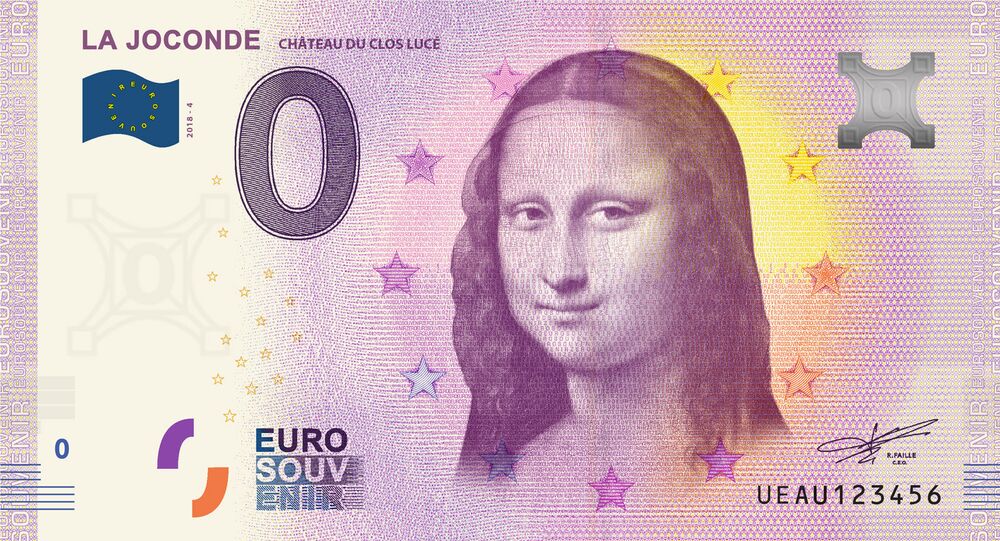 The common European currency, which was created on 1 January 1999 and became a physical currency three years later, will soon mark its 20-year anniversary, having survived major crises over the last decade. Sputnik has recalled how the euro started its path, what challenges it has faced and what prospects it has.

The first steps towards a common European currency were made in 1979, when 9 states of the European Economic Community introduced the European Currency Unit (ECU), the predecessor of the euro, a move that came in response to the collapse of the Bretton Woods system.

Later, with the creation of the European Union in 1993, its founding members set criteria for its states that would ensure the EU's financial stability — the budget deficit of any state was not allowed to exceed 3% of GDP and the state debt could not exceed 60% of GDP. But the founding states failed to determine penalties for not meeting the criteria, something that would later come to haunt the EU.

The euro was finally introduced as a currency for cashless transfers within the Eurozone in 1999. Following three years of examining the economic indicators, when the benefits of the new system to economic growth became obvious, the cash form of the euro replaced the national currencies of most EU states (except the UK, Denmark and Sweden). All of the founding Eurozone states met the requirements set regarding debt volumes.

The first problems began after the subprime mortgage crisis hit the US in 2007. The collapse of the American lending sector affected banks all over the world, including European ones. In turn, they also ended up on the verge of collapse and EU states rushed to save them, increasing their own debt beyond the set limits, neglecting warnings by the European Commission.

The consequences of such uncontrolled debt growth hit Greece the hardest in 2010, when it revealed a massive 12.7% budget deficit. Although many EU states also exceeded the set limit twofold, with budget deficits of between 5% and 7%, they didn't end up in a situation as dire as Greece, whose crisis endangered the stability of the whole Eurozone. The debt crisis in Spain, Cyprus and Portugal also worsened the situation. The EU spent some 400 billion euros to save Greece, which exited the mode of external financial governance only in August 2018.

Euro Today and Its Prospects

Having conducted an analysis of the euro's 20-year existence, many EU states came to the conclusion that although the European economy had grown incredibly over this period, the growth of the purchasing power of the population was much lower than prior to the introduction of the Euro. The 2010 crisis forced EU states to cut their welfare programmes and impose austerity measures, which spurred public discontent and massive Eurosceptic movements within member states. The initial optimism with the introduction of a common currency and market has become partially overshadowed by the urge to resist Brussels' bureaucracy, which is now responsible for giving the green light to each member state's budget.

One of the strongest voices of scepticism has been heard coming from Germany, where right-wing politicians are even suggesting abandoning the euro. The Alternative for Germany party (AfD), in particular, has been suggesting that having the strongest economy in the bloc, Germany would do fine without the debt-ridden Eurozone and could thus safely exit.

READ MORE: Euro is Too Weak For German Economy, Too Strong For Most Others in Euro — MP

More questions have arisen with more countries joining the Eurozone, including the Baltic States, as the EU has started to neglect the gap between other Eurozone economies and those that have recently joined, not paying much attention to the stipulations of the financial criteria, which were initially intended to ensure the economic stability of the zone. These issues have become even more acute in light of EU plans to add more countries to the zone, such as the Balkan states.

On the other hand, the euro has retained its status as the second largest reserve currency in the world, after the dollar. At the same time, with the latest shifts in US policy, such as unilateral sanctions and tariffs, the euro became safe haven for states that are afraid of being affected by the Washington's actions, but still unwilling to resort to their own national currencies. This latest political trend has strengthened the euro's position in the world as a reserve currency and increased its use.