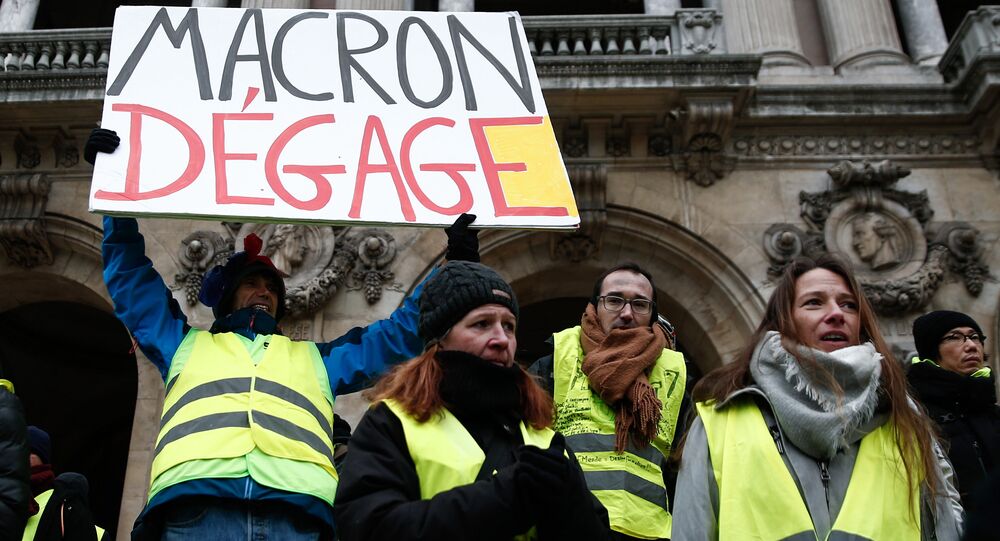 The so-called "Yellow Vests" protests, named after the obligatory attribute of French drivers, were held all over France for the seventh Saturday in a row, marked by violent clashes between protesters and the police.

According to the reports, citing protesters, BFM TV was accused of giving false information about the demonstrations, as the channel allegedly purposefully undermines the size of the rallies.

A social media user has posted a video of Yellow Vests "protesting against the media treatment of the movement".

The wave of the Yellow Vests' protests started in mid-November and has been underway for seven weeks in a row. While the French government has postponed its planned hike in fuel taxes, which had originally sparked the protests, the "Yellow Vests" have evolved into a broader movement against government policies and rising living costs.