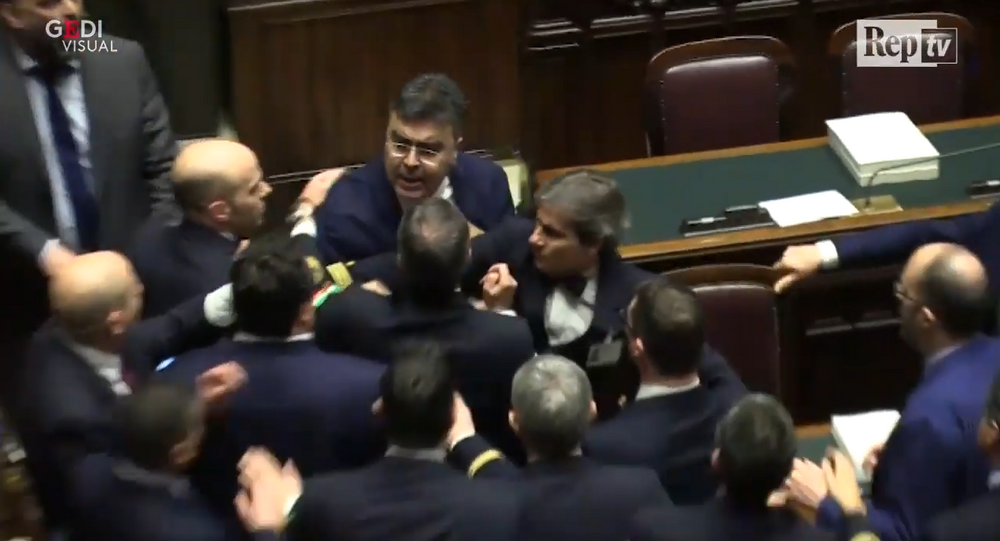 Heated discussions about the 2019 budget bill eventually made Roberto Fico, President of the Chamber of Deputies of Italy, suspend the parliamentary session on Friday.

The session of the lower house of Italy's parliament was suspended after opposition MPs complained that the 2019 budget was being forced through without enough time for consideration, with some being filmed moving towards the speaker's bench and thumping piles of amendments onto the benches.

A handful of MPs were caught on camera fiercely arguing, and abandoning the whips conference that was supposed to table the debate. The President of the Chamber of Deputies Roberto Fico said he could increase the duration of speeches but this would mean that the budget would not meet the 31 December deadline, which, in turn, implies that the government would go into emergency administration.

In a parallel development, Italy's Prime Minister Giuseppe Conte told reporters that passing the 2019 budget through parliament without a proper debate was "not ideal", but inevitable given the short time available to do it.

"I realise that an ideal situation was not created…but there is the prospect of a strong contraction in the time frame, we're in extra time for the budget's approval. There was not, however, a deliberate wish by the government to compress the schedule".

Conte also stated that the country's new budget should not be dictated by the European Commission:

"It is not that Brussels made us rewrite the budget. That is erroneous. It is the budget we always wanted".

Italy spent three months deadlocked with the European Commission over its 2019 budget, which Brussels initially rejected, threatening fines unless Rome revised its plans. The new draft cuts the budget deficit from a planned 2.4 percent to 2.04 percent of GDP.