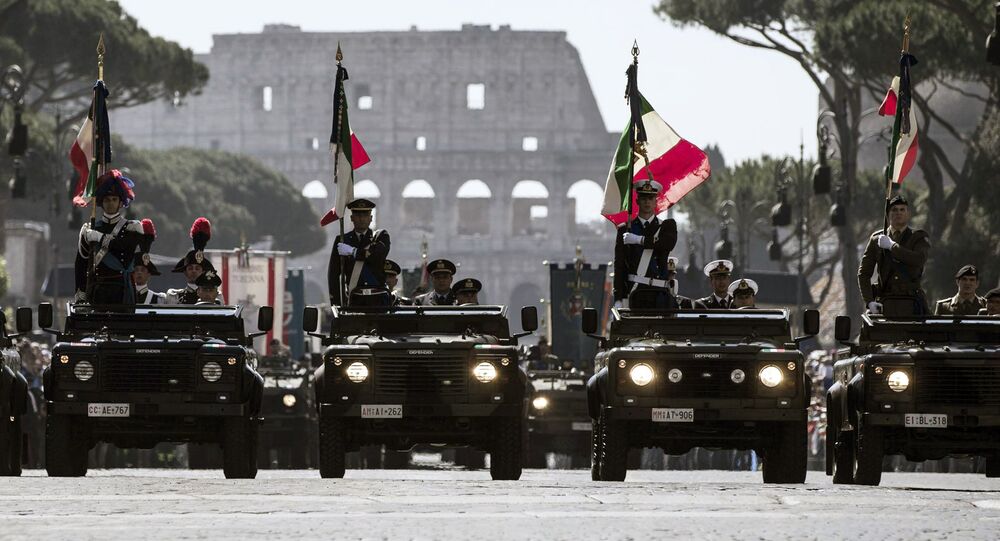 ROME (Sputnik) - The Italian government has cut its defence spending and has shelved the creation of a so-called Italian Pentagon, Prime Minister Giuseppe Conte said on Friday.

"As for the military spending, we have cut it by around 0.5 million euro [$0.57 million] by suspending certain armament projects. Moreover, we have reduced spending by shelving the creation of the so-called Italian Pentagon. If I'm not mistaken, we planned to pour around 1.5 million euro into this project. We decided that it was not very strategically important to create this central unit, where all the leadership of the Armed Forces could be accommodated", Conte said at a briefing.

© RIA Novosti . Vladimir Sergeev
Italian Prime Minister Reiterates Need to Lift Russia Sanctions - Moscow
Conte said he was a patriot and voiced support on behalf of his Cabinet to the Italian Armed Forces, including their missions abroad.

The prime minister also said that the leadership of the country's Armed Forces and Italian Defence Minister Elisabetta Trenta were currently carrying out "technical assessment" about purchasing US F-35 fighter jets, and after that, the final decision will be taken.

"Let me note that our government has not spent a single euro on the F-35", Conte said.

He specified that the United States and Italy had a framework agreement on F-35 purchases, which in fact enabled Rome to buy the jets when required.

The so-called Italian Pentagon was first mentioned by Roberta Pinotti, who was then the country's defence minister, in March 2017. It was supposed to be built in the vicinity of the country's capital and to become the headquarters for the leadership of the Italian Armed Forces' ground, air, and naval components.