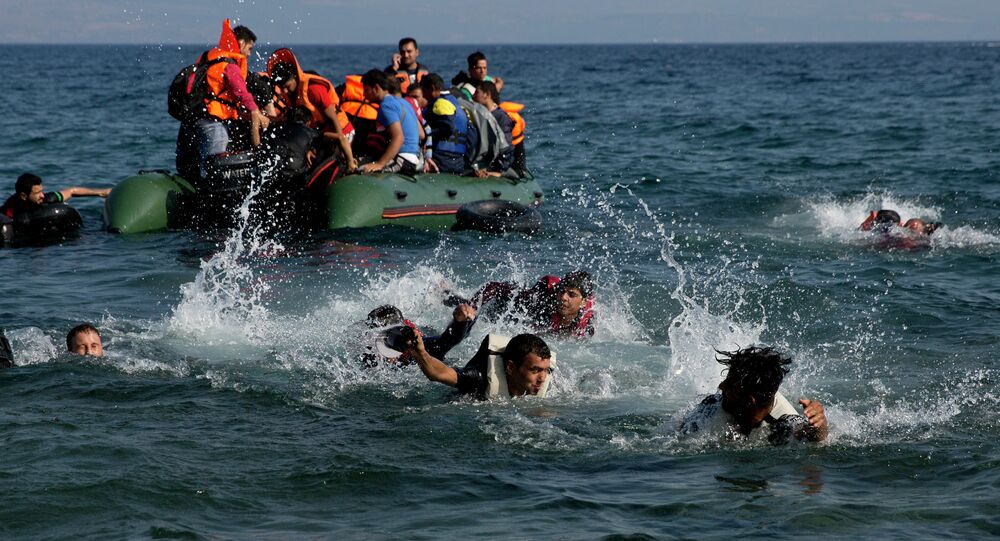 There has been a massive influx of migrants crossing the English Channel, with an alleged 300 cases since November alone. British media reports that UK authorities are struggling to cope with the mounting crisis.

Migrants crossing the English Channel by boat for UK shores should be immediately dispatched back to France or face the risk of perishing in the sea, the former Director General of Immigration Enforcement, David Wood, has told the Daily Telegraph.

On the evening of December 27 alone, there were 34 attempts to cross the English Channel, which brought the number of those that had to be rescued by UK coastguard to 300 since November 2018. In one incident, nine Iranians, including three children, washed up aboard a 13ft rubber dinghy on a beach in Kent, Southeast England after crossing the channel in complete darkness. Also on the 27, a boat of 14 men, also Iranian, was found sailing near the English port town of Dover. At time of writing, reports say that nearly eighty migrants spread over ten boats have attempted to cross from France to the UK since the morning of December 25.

#Channel #migrants: words like"rescued"…"humanitarian crisis" are inappropriate. They are spending a LOT of money to take calulated risks to enter the country illegally. The Border Force and RNLI are assisting. Why should UK citizens obey laws if these people can ignore them?

​According to the Daily Telegraph, Mr Wood solemnly declared that, "we have to stop this or it will grow and grow. It will escalate. The answer is to return them to France as soon as they are picked up."

63 #migrants we know of have arrived in the last 3 days, having crossed or attempted to cross the #Channel by small boat.

​"If we did that straight away, they would realise that paying £5,000 to the people smugglers would achieve nothing," he added.

It is believed that people smugglers have been ramping up activity recently in the hope that there will be less patrol activity by British and European coastguards around the Christmas holiday period.

Currently, if migrants are caught attempting the perilous journey across the world's busiest shipping lane, authorities usually aid them in sailing to British shores, provide a medical assessment, and then send them on to immigration offices for processing. If necessary, they are provided with extensive medical treatment for any wounds or sickness incurred during the boat journey.

Mr Wood is reportedly said that the assistance given to migrant channel-crossers by UK authorities "de-risks' business for organised criminal gangs engaged in people smuggling, saying that, "they know they don't have to get right across the Channel and land, they can get half way across and the migrants will be taken the rest of the way."

If UK govt doesn’t send #migrants back who cross #channel we are effectively helping human traffickers & criminals & putting our Coast Guard in harm’s way — they must be deported with no chance of asylum for breaking the law.

​"Given that the immigrants travelled from France, it would not be unlawful if the French agreed. In theory, under the Dublin agreement, there are circumstances when immigrants can be returned to France even when landed in the UK. Britain's border force, coastguards and lifeboats are being used as a taxi service for the migrants. There will be a hue and cry when a boat full of 12 migrants sinks and they die," he reportedly added.

Mr Wood is not alone in his condemnation of Britain's Home Office for facilitating the migrants' safe passage to Britain. Charlie Elphicke, Conservative MP for Dover, is quoted by the Daily Mail as saying that, "With well over 100 migrants having broken into Britain in recent weeks the [Home Office and NCA] need urgently to explain what they are doing to put a stop to these crossings."

"The British and French authorities must get a grip and find and stop the traffickers…before there is a tragedy," he added.