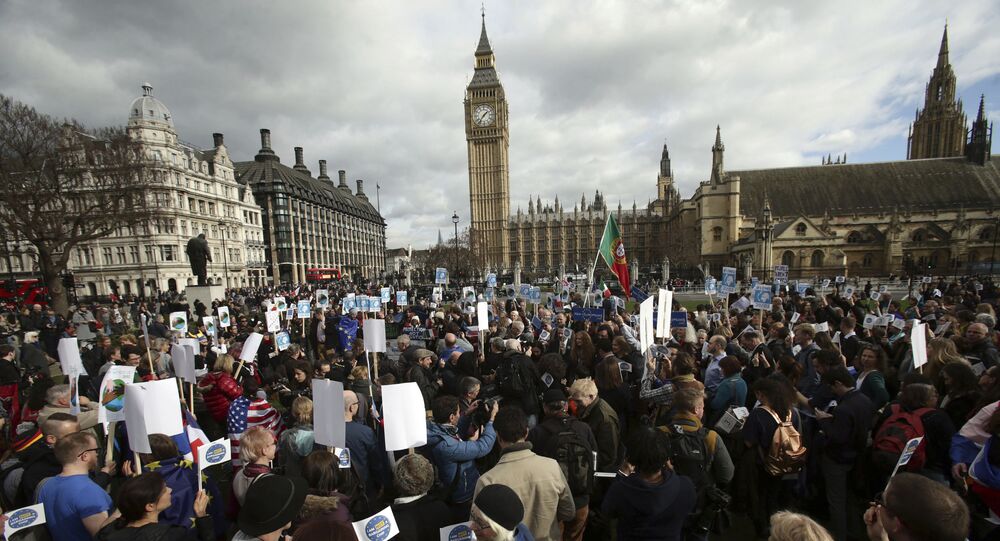 According to The Times newspaper, 82 migrants have been detained for attempting to reach the United Kingdom by boat since Tuesday. Charity organizations believe that fatalities may follow since only one cutter and two smaller patrol boats were patrolling the UK coastline on the night into 28 December.

Tim Loughton, a Conservative lower house parliamentarian, told The Times that the Home Office's "resources and attention" had been "stretched in many different directions," including Brexit and the Windrush generation scandal, and therefore "very little additional resource" had been allocated for tackling illegal migrants flow.

"We appear to be giving the impression of being a soft touch again", Loughton said, stressing that the number of UK patrol boats was "derisory compared with other Channel countries".

Charlie Elphicke, a Conservative parliamentarian for the UK town of Dover, called on the Home Office to take action, emphasizing that a "terrible tragedy" was "only a matter of time."

The Home Office admitted that only three patrol vessels were currently operational in the English Channel.

The issue of control over migration was originally at the centre of the Brexit campaign before the 2016 referendum. The ruling Conservative Party has repeatedly emphasised that the United Kingdom would be able to recover control of its borders after leaving the bloc.