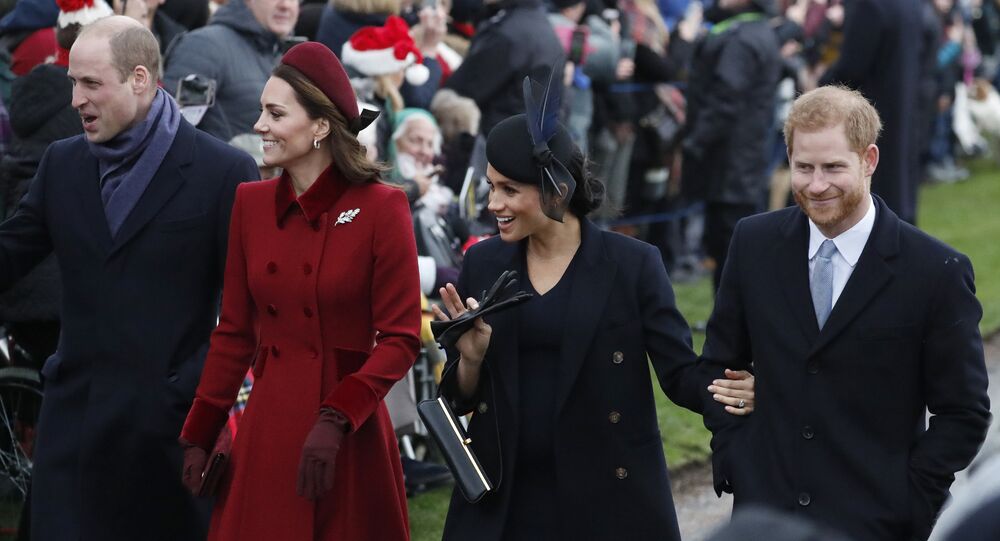 As Burrell claimed, Meghan should stay close to Prince Harry if she wants to avoid all the traps that await her at the British Royal Family’s holiday getaway.

Paul Burrell, a former servant of the Royal British Household who was Princess Diana’s butler for 11 years, has reportedly warned Meghan Markle, Duchess of Sussex and Prince Harry’s wife, to watch her step while spending holidays with the British royals.

© AP Photo / Matt Dunham
Keeping Up With the Royals: Queen Reportedly Asked to Fix Meghan Markle's Family Drama
According to Radar Online, Burrell claimed that "Queen Elizabeth’s inner circle will be watching for the pregnant Duchess of Sussex to slip up".

"They are going to set traps, there will be pitfalls along the way, but Harry will catch her, so stay close to him. But if you stray away from him and start to do things by yourself, that’s when there will be danger. That could prove to be difficult and dangerous," he said as quoted by the website.

Burrell also remarked that for Markle, staying with the royal family at the Queen’s Sandringham Estate, will likely feel like she is stumbling into a parallel universe.

"That house is occupied by some of the biggest personalities and egos in the country. Everyone is jostling for position and attention, and they’re bouncing off the walls after four days. It’s like a pinball machine", the ex-butler said, adding that "no one could prepare" Meghan for what she is about to experience there.

Earlier in December, Woman’s Day magazine reported that Meghan managed to gain a new and powerful enemy among the ranks of British royals as Camilla, the Duchess of Cornwall, was apparently less than pleased with Markle’s appearance and conduct at the British Fashion Awards.