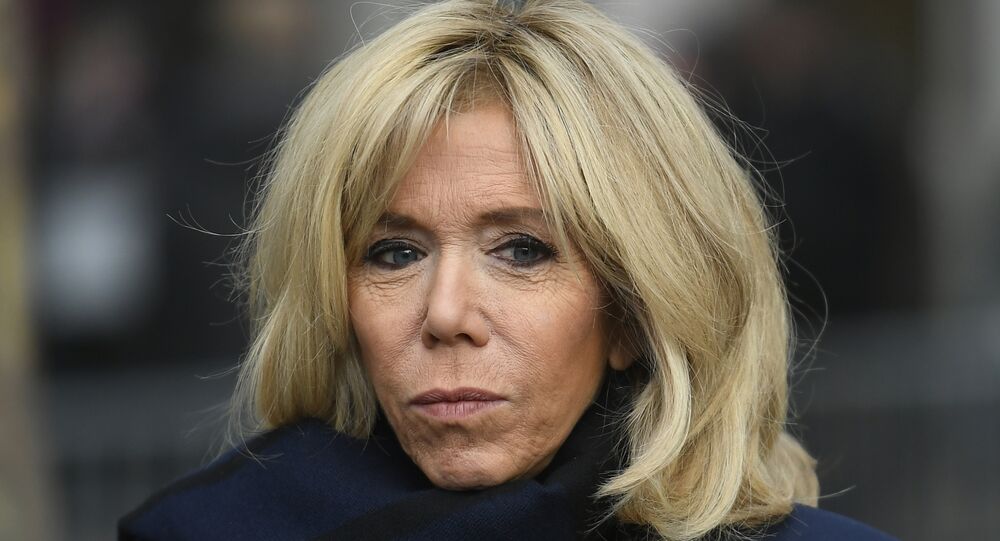 While her husband is trying to put out the fire of the Yellow Vests protests, the First Lady of France, Brigitte Macron, has found herself at the centre of public controversy after a photo was taken of her with an entrepreneur who went a little bit too far in his war of words with Paris City Hall.

A picture taken at the Tuileries Christmas fair shows Emmanuel Macron's better half standing with a wide smile alongside Marcel Campion, a controversial tycoon widely condemned for homophobic remarks.

Campion said in a statement that Brigitte Macron did not express her personal support for him, but came together with her family to support the Christmas market. He said that those who had accused Macron of supposed homophobia were trying to "instrumentalise" her visit. However, the First Lady still came under fire from outraged commenters.

"Beautiful, the wife of the President of the Republic who displays herself with a notorious homophobe", said Deputy Mayor of Paris Ian Brossat.

"The new world has a rancid smell", wrote Thomas Portes of the French Communist Party. "Absolute shame. Not worthy of a first lady".

"So, Brigitte Macron, the First Lady of France, ostensibly appears with Marcel Campion, who talks about homosexuals as 'perverse' 'faggots' who must be saved from AIDS, even though he is being sued for defamation and homophobic insults…. Shame on her!" added LGBT activist Maxime Cochard.

Marcel Campion, nicknamed the "fairground king", moved his annual Christmas market to the Tuileries Garden this year after a 9-year stint in the Champs Elysees. Campion, the founder of the Champs Elysees Christmas market, which attracts nearly 13 million visitors a year, was banned by Paris authorities from operating in France's most famous avenue over accusations of selling inferior-quality food.

The 78-year-old businessman then stepped into a war of words with the city officials, whom he called "gay perverts", angered by their perceived intention to force him out of Paris.

In a viral video that made waves in France in September, Campion was heard slamming the authorities, with some remarks invoking their sexual orientation — and inevitably drawing the ire of the country's LGBT community.

"He's the best one. He's the one who rules over the city", he said of former Paris deputy mayor, Bruno Julliard. "Since he bats for the other team, he met Delanoe (former Paris mayor, openly gay) and they made the madness together and then, just like that, he became first deputy mayor. And with Anne Hidalgo (current city mayor), he's just great, because at the same time, he brought in all the gays of the planet. That means that the city is governed by gays".

"I don't have anything against gays", he added, as quoted by France24. "Except those ones, they're a bit perverted".