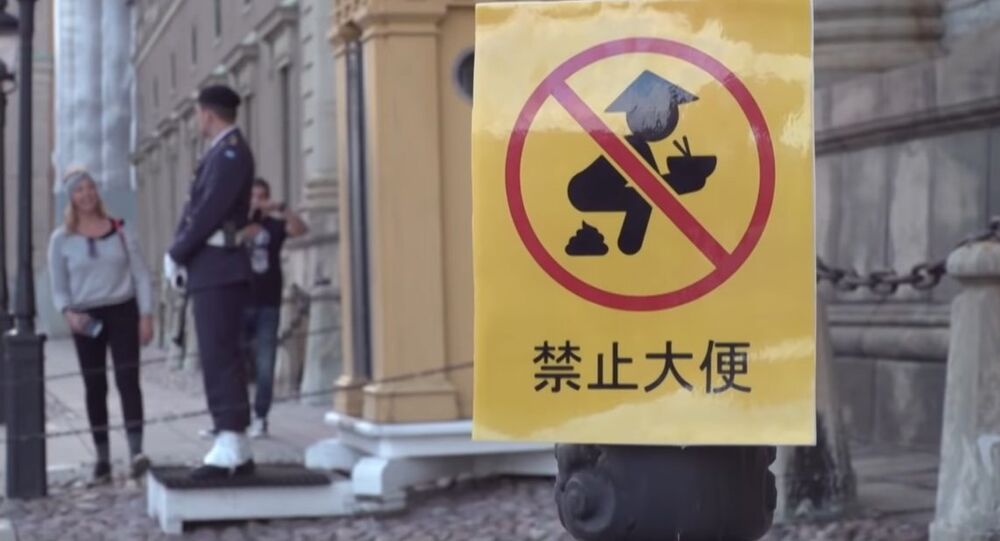 While Chinese tourists are an increasingly important source of income for Sweden, no diplomatic solution to the Swedish-Chinese crisis that erupted after a bitter tourist spat this autumn seems to be in sight.

China has renewed its warning to Chinese tourists in Sweden, urging its compatriots to be cautious. The Chinese Embassy in Stockholm warned of the security situation in Sweden, citing several incidents such as thefts and robberies targeting around 40 Chinese tourists since September alone. The travel warning is valid until March 22, 2019.

This is in effect a prolongation of a previous warning issued directly after a diplomatic crisis that erupted between the two nations this past autumn. At the beginning of September, Swedish-Chinese relations soured after a group of Chinese were forcefully ousted from a hotel in Stockholm.

According to Swedish media, the Chinese group arrived at the hotel one day too early, when there were no rooms available, and refused to leave the lobby. Ultimately, the screaming and crying tourists were ejected by the police.

While a minor incident in Sweden, the ejection became a hot topic in China, raising human rights issues and spurring lots of comments on alleged police brutality in the Scandinavian country. A video of the ejection generated tens of millions of views on Weibo, a Chinese equivalent of Twitter, during the first two weeks of September alone, prompting calls among social media users to boycott both Swedish brands, such as IKEA and H&M, as well as Sweden itself. China's ambassador to Sweden, Gui Congyou, demanded a formal apology from Sweden and compensation to the tourists.

Later, things got still worse as Swedish national broadcaster SVT attempted to deflate tensions by airing a satirical piece about behaviour instructions directed to Chinese tourists. Among others, Chinese viewers were informed that relieving themselves in public was unacceptable, accompanied with a defecating pictogram clad in a trademark Chinese-style conical hat with a bowl and chopsticks in hand. While the broadcaster insisted this was a way of addressing racism and xenophobia, China was equally infuriated by the "toilet rules" piece itself and the subsequent apology.

In Sweden, Chinese tourists are a growing source of income. Currently, the Chinese are the 9th largest group in terms of overnight stays, with 365,000 bookings in 2017, which saw a steep 13 percent increase.

While the previous warning erupted on December 22, the new one will be valid for another three months.

Relations between the two countries were already strained after a Sweden visit by the Tibetan leader Dalai Lama and Beijing's continuing detention of Hong Kong bookseller Gui Minhai, who is a Chinese-born Swedish citizen. Last month, Swedish King Carl XVI Gustaf pulled out of a visit to China in what SVT depicted as an attempt to exert pressure on the Chinese government over Gui's case.

Elation as Yet Another Part of Sweden's Volvo Group Goes Chinese