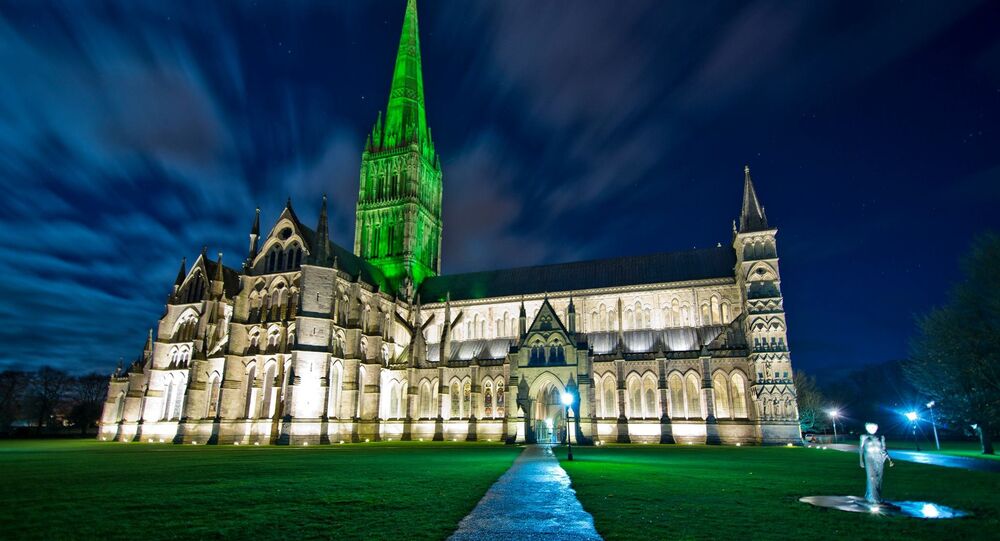 Reverend Canon Nicholas Charles Papadopulos, the Canon Treasurer of Canterbury Cathedral, said he was sorry the two Russian tourists - deemed to be responsible for the Novichok incident in Salisbury by the UK government - didn't get the chance to visit the Anglican Cathedral.

"Had they come here, had their eyes and their hearts been lifted upwards by the heavenly architecture of this place, had they heard the singing of our choirs and seen the light and sensed the presence of God then who knows, things might have turned out differently," Reverend Papadopoulos argued.

On Sunday 9 September, Nicholas Papadopulos became the 81st Dean of Salisbury and delivered his first sermon to a full congregation in the Cathedral. @churchofengland @DioSalisbury @nickcpapadop
Read more about this service here: https://t.co/qb7NJaPUkG pic.twitter.com/PqB9RZ5uqw

His comments refer to the case of the former Russian spy Sergei Skripal and his daughter Yulia getting poisoned in March 2018 with what has been identified by UK authorities as a military-grade nerve agent Novichok.

London accused Moscow of staging the attack, saying it suspected Russian nationals Alexander Petrov and Ruslan Boshirov of executing the poisoning and claiming they worked for Russia's intelligence — a claim denied by Moscow.

Reverend Papadopulos also suggested forgiveness is 'God's business' after the death of Dawn Sturgess, who was found sick with her partner Charly Rowley after spraying themselves with a substance from a perfume bottle found in a local park. British authorities linked the incident to the Skripal case.

"I remember first of all grief actually because at the heart of what happened there was a deep personal tragedy. Lives were changed forever by what happened, so there was just grief first and then shock. And for something such as this to happen in a place like this is incredible," the religious leader said.

Talking about Petrov and Boshirov, the Reverend added he regretted the two men "were not able to visit our cathedral when they made their journey here."

"What we are saying is, their action will not confine or contain us, we have a beautiful city with lots to offer and we are determined that 2019 will be full of light and hope for our people," he added.

Petrov and Boshirov have denied their involvement in the attack. The pair said they indeed visited Salisbury this spring, but arrived there for tourist purposes, noting that they worked for the fitness industry.