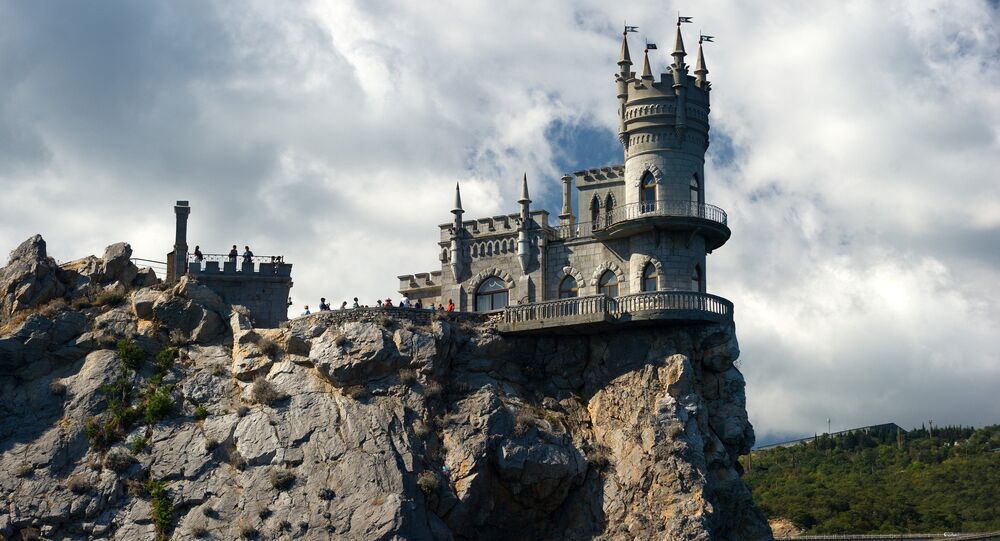 Veteran Norwegian politician Carl Hagen argued that Russia giving up Crimea is not a possibility and urged his colleagues to embrace this political reality.

Norwegian right-wing politician Carl Hagen, who founded the Progress Party and served as its leader for many years, created a stir earlier this month by recognising Crimea as Russian, and has now penned an opinion piece in the Aftenposten daily newspaper explaining his views to critics.

Hagen started off his piece by proclaiming "Crimea is Russian!", stressing that despite its ever-changing and bloody history, the peninsula has been under Russian sovereignty since the end of the 18th century.

He also cited professor Sigurd Skirbekk of the University of Oslo, who explained Crimea's transfer to the Ukrainian Soviet Republic in 1954 as Nikita Khrushchev's attempt to knit Ukraine closer to the Soviet Union's fabric.

"When Nikita Khrushchev, a Ukrainian, transferred Crimea from the Russian SSR the Ukrainian SSR, it was largely to tie Ukraine closer to Russia and thus make it difficult for Ukraine to depart," Skirbekk wrote.

Hagen also noted that Russia has long had its main naval base at the Black Sea in Sevastopol and would never jeopardise it coming under the influence of an aspiring NATO member hostile to Russia. What followed the 2014 "anti-Russian coup d'état in Kiev supported in various ways by the US and the Western countries" was, in Hagen's words, "a recapture of Crimea to secure its naval base and its Russian population".

The politician reminded the Norwegian public of the 2014 referendum in Crimea, in which the local population overwhelmingly chose Russia. The OSCE was invited to oversee it, but refused, Hagen stressed.

"I am in favour of allowing the people decide, and, given such a result, the West should have said 'well, if the people of the Crimea want to be part of Russia, then we should respect it and acknowledge that Crimea is Russian again,'" Hagen wrote, adding that, instead, the opposite unfortunately happened

Despite constantly warning the Soviet Union to "keep off our backyard" for decades, the US and NATO gradually expanded up to the Russian border by partnering with many former Warsaw Pact countries, and Russia had no choice but to see as a provocation, the politician wrote.

"The US which always goes to great pains to bring home US prisoners of war and hostages, should have appreciated that Russia set out to defend the interests of the great Russian population in Crimea, who feared the undemocratic and eventually fascist rulers in Ukraine," he stressed.

According to Hagen, the ensuing sanctions and tensions have now lasted for four years without any sign of improvement, taking a heavy toll on ordinary people and Norwegian businesses, exacerbating fears of a new arms race. Instead, he argued, new ways of normalising relations between Russia and the West are needed.

"Russia giving up Crimea will obviously never happen. So one has to start talking and finding a plan for how the relationship can be improved, not upscaling the conflict as Western leaders and NATO leaders are constantly doing."

"The West must learn from the failures of the Middle East and Afghanistan. Common people were better off in Iraq during Saddam Hussein, in Libya during Gaddafi, during Mubarak in Egypt and Bashar al Assad in Syria — that is before the West intervened with bombings and arms. The lesson must be: Never implement military attacks without a clear exit strategy. We must never interfere without knowing how we can come out again. It is mainly because of Western recklessness the world is now in conflict, instability and an dangerously escalating situation — not because of Russia's recapture of a the small peninsula in that has been Russian for four hundred years," Hagen concluded.

Carl Ivar Hagen is a former vice president of the Norwegian parliament, who served as the leader of the right-wing Progress Party from 1978 to 2006. He is seen as a staple in Norwegian politics and is credited with creating a party from scratch. He remains an outspoken critic of mass immigration.

Crimea re-united with Russia following a referendum in March 2014. During the plebiscite, 96.77 percent of Crimeans voted to integrate with Russia; the turnout was 83.1 percent.