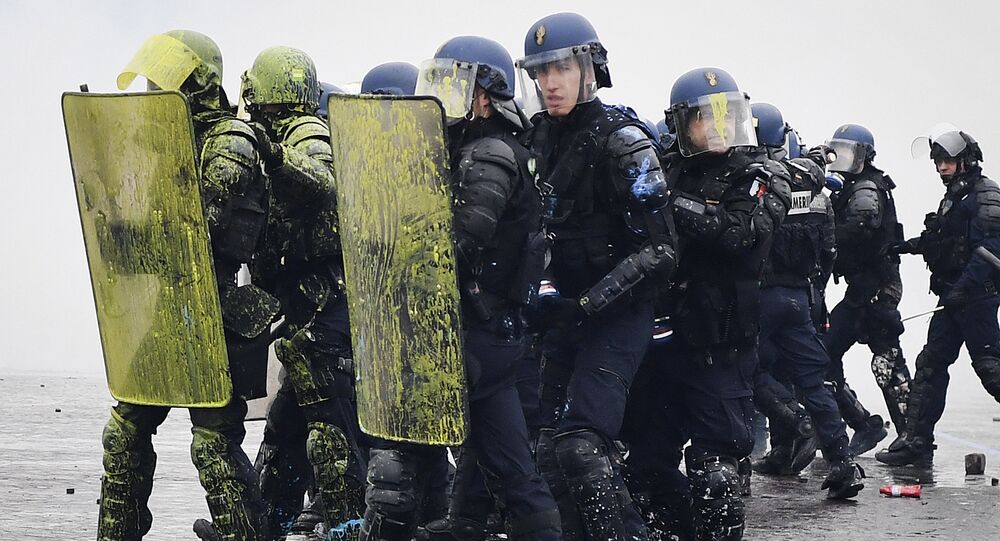 During Saturday's mass demonstrations, French law enforcement agencies detained at least 220 people, with 81 of them being in custody. Police had to use water cannons and tear gas to disperse the protesters in Paris.

According to the report, three police officers on motorcycles were attacked by an angry mob near Champs-Elysees on Saturday. The protesters managed to knock down two officers dand started to beat them, forcing one of the policemen to pull out a gun.

The scenes from 30 or so minutes ago where a police officer, overwhelmed and attacked from protesters pulled out his weapon, before riding away. #GiletsJaunes #ActeVIpic.twitter.com/UJAywb0qnb

Commenting on the incident, the trade union Alliance Police Nationale supported the officers, stating that the move was necessary to save their lives.

The protests in the country continue despite the scrapping of a fuel tax that ignited the "yellow vests" movement in November. Addressing the mass demonstrations, the French Senate backed a draft law on Friday, stipulating annual bonuses for employees and exemptions from increased social security tax for pensioners who earn less than 2,000 euros (over $2,200) per month.