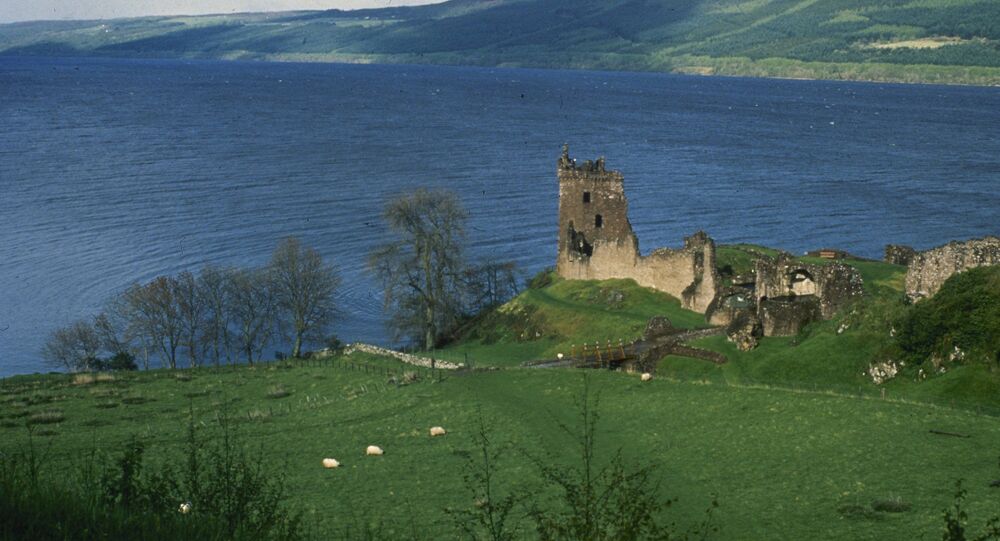 With the record-breaking year for monster hunters coming to a close, a business consultant from England has reported she saw the elusive long-neck beast from the world-famous Scottish lake. She spotted Nessie when she watching the mirror-like surface over a webcam.

The 13th sighting of the Loch Ness monster this year has been reported by 42-year-old business consultant Caroline Barnett from Farmborough. She was watching a webcam feed from the lake, allegedly harbouring one of the most famous mysteries of the last few centuries, when she spotted something pop up and down, splashing water around, at the other side of the lake. She told Daily Record, that what she suspected to be the mythical beast was the size of a boat.

"I have been to Loch Ness a few years ago but never saw Nessie then. I didn't know if I believed in her but this is certainly some Christmas present and quite a surprise. I took quite a few videos but my phone died. I don't know what it is — it really is unexplained", the woman told the website.

The Official Loch Ness Monster Sightings Register accepted her recordings. Judging by the report, which cites the Register, Nessie has become more active at the end of the year, as Barnett’s sighting happened less than a week after British historian Ricky D Phillips reported the beast’s appearance.
He spotted something with a 1-metre-long neck and rugby ball-sized head from the bank of River Oich, flowing into the lake.

The Register’s recorder Gary Campbell told the newspaper this was “a record year for seeing Nessie this century" as 14 sightings have been filed so far (including one photo dating back from earlier times).

The legendary beast has attracted adventure-seekers and conspiracy theorists ever since it was allegedly first seen by Saint Columba in 565 AD, with over 1,000 sightings having been registered to date, according to the official Loch Ness Monster website. The massive quest permeates not only the social and entertainment spheres, but apparently even the government, as officials in Scotland have a detailed plan of action if the elusive beast is ever caught. The "partly serious, partly fun" code was written by Scottish Natural Heritage, which is known to be funded by the Scottish government. Incidentally, the Loch Ness creature was estimated to be worth over $51 million to the region.