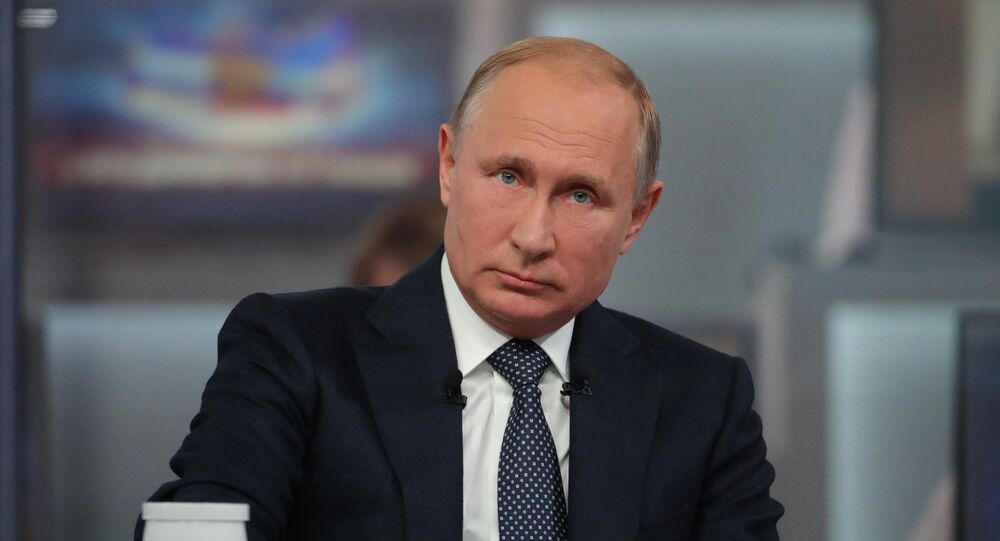 The deployment of a hydrographic survey ship, the HMS Echo, which docked in Odessa on 19 December, to Ukraine was announced by UK Defence Secretary Gavin Williamson last month.

The Russian Embassy in London has blasted UK Defence Secretary Gavin Williamson’s trip to Ukraine, stating that he is “instigating” Kiev to new provocations.

"Having failed to effectively neutralise drones over Gatwick Airport, Williamson seems to be engaged in a more important matter – instigating Ukraine to new military provocations. Russia has indeed accepted the signal: it implies that the British conservative government will provide the Kiev regime with political and military support no matter how irresponsible its steps are. This is how London tries to ‘assist’ in the settlement of the internal Ukrainian conflict”, the embassy’s statement read.

The embassy also noted that Williamson’s trip to the Ukrainian city of Odessa is especially significant “in the conditions of preparing military action on 24-25 December by the regime of [Ukraine’s President Petro] Poroshenko in order to extend the martial law he imposed on the eve of the presidential elections next March".

UK Defence Secretary Gavin Williamson said on Friday that he had deployed HMS Echo, a Royal Navy ship, to the Black Sea in order to show Britain's "solidarity" with Ukraine in the wake of the Kerch Strait row.

"The reason… that HMS Echo is here is that we firstly want to demonstrate the solidarity that we have with Ukraine and the fact that Ukraine doesn't stand alone. But we also demonstrate our right to be able to come to ports such as Odessa, for freedom of navigation, for freedom for navies to be able to operate in the Black Sea. This isn't Russia's sea, this is an international sea", Williamson said upon his visit to Odessa.

Williamson went on to say that the frigate was a message to President Vladimir Putin that Britain stands by Ukraine.

The frigate arrived in Odessa on 19 December after entering the Black Sea through the Bosphorus on 17 December. Under the 1936 Montreux Convention, which regulates the transit of warships in the Bosphorus and Dardanelles straits, Echo is allowed to stay in the Black Sea for a total of 21 days.

Press service of border management of FSB of the Russian Federation in the Republic of Crimea
Putin: Kiev's Provocation in Kerch Strait Likely Helped Poroshenko Rise in Polls
The dispatch of HMS Echo to Ukraine was announced by Williamson in November as part of a series of upcoming deployments and drills that will see the UK work more closely with Ukraine in response to what the defence secretary described as Russia’s "intensifying threats and aggression".

HMS Echo's arrival comes after a naval incident in the Kerch Strait on 25 November, when Russia detained three Ukrainian Navy warships after they violated the Russian maritime border in a bid to sail through the Kerch Strait, the entrance into the Sea of Azov.

Moscow accused Kiev of violating the UN Convention on the Law of the Sea, with President Vladimir Putin saying that the provocation took place ahead of presidential elections in Ukraine and boosted Petro Poroshenko's ratings.

"Whether it was successful or not — in terms of raising the rating, it was probably successful, because Poroshenko's rating seems to have increased. He moved from the fifth position to the second or third, where, in my opinion, fluctuations amount to about 12 percent…  It is clear that there will be elections there and they need to be aggravated in order to raise the rating of one of the presidential candidates — I mean the current president… Finally, it is harmful to the interests of his people and his state", Putin said, addressing the row during his annual end-of-year press conference on 20 December.

Poroshenko, in turn, called on his Western allies to provide military assistance to "deter the aggressor" and introduced martial law for three months in several regions of the country bordering Russia.

During his visit to Odessa, Williamson also met the families of the 24 Ukrainian sailors detained by Russia.