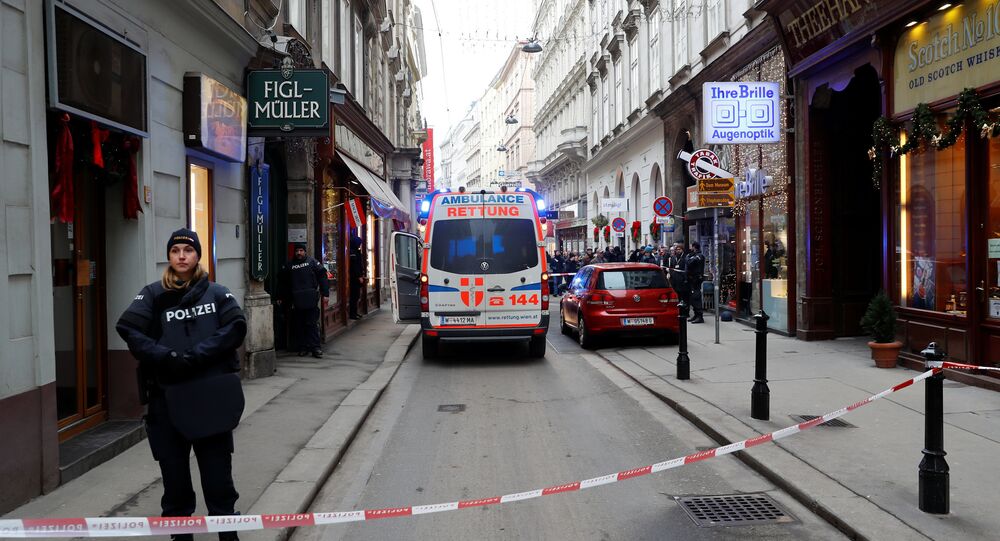 One person has died, one is injured at the restaurant "Figlmüller" in Vienna's city centre, where shots were fired, local police told Sputnik.

"One of those wounded died", a city police spokesman told Sputnik.

Police have detained a suspect in the restaurant shooting, local TV reported.

Earlier reports said two people had been seriously injured in the shooting.

"At around 1:30 pm, two people were found with gunshot wounds in the Lugeck area. A search is currently underway. Further circumstances are still unclear", local police said in a statement.

The area surrounding the restaurant has been cordoned off and a police helicopter has reportedly circled above the area searching for a suspect that fled from the site. Police have reported that there is no longer a danger for residents in the area.

Meanwhile, the perpetrator is still on the run, according to reports. The police have launched a search and are reportedly looking for two suspects.

Now the emergency teams and the Austrian Special Task Force Cobra are working at the scene of the incident.

The incident was unlikely related to terrorism as the Austrian authorities are considering it a criminal act, the Oe24 broadcaster reported, citing police.