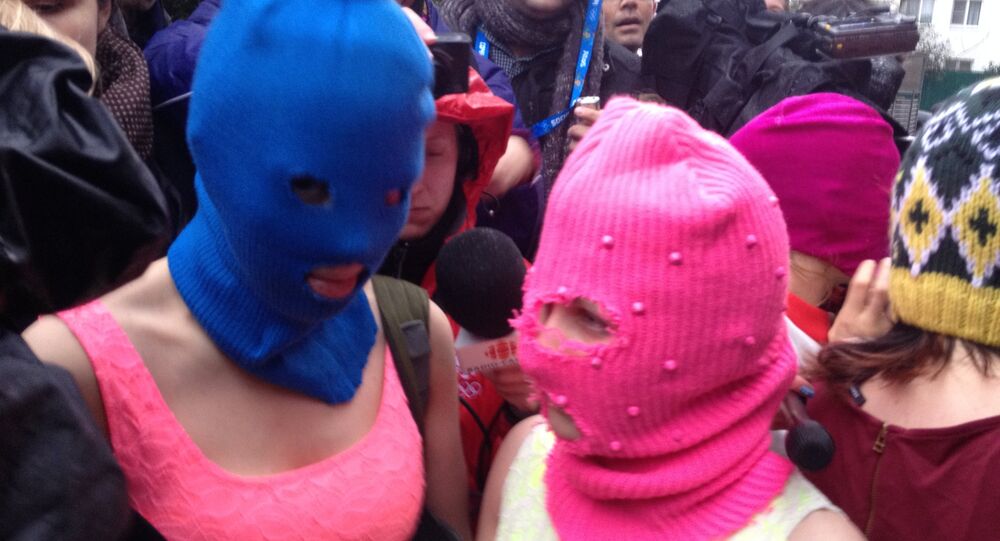 The Swedish Migration board found the couple's claims of state-sponsored persecution unfounded, and ruled that unlawful threats or attempted acts of violence by individuals is something that any country's legal system should be able to handle.

Lusine Dzhanyan and Aleksei Knedlyakovsky, members of the infamous Russian performance band Pussy Riot, had their asylum application rejected by the Swedish authorities. The couple now has four weeks to appeal the ruling in the Migration Court, an opportunity they admittedly intend to use.

The couple previously applied for asylum in Sweden for themselves and their two children, claiming to be persecuted in Russia for their artistic activities.

"The Migration Board has failed to see that the price we paid for our artistic and political activities is persecution of the Russian authorities. It feels degrading", Lusine Dzhanyan told Swedish national broadcaster SVT.

Previously, Dzhanyan claimed to have been "physically attacked by civilians" while still living in Russia, a tactic she claimed was "used by the Russian security service". No authority could verify her claims, however.

"When I told the Migration Board about it, they responded that they were aware of the Russian reality. But the way that they addressed it in the ruling, it appears that the attacks have been carried out by individuals", Dzhanyan said.

Aleksei Knedlyakovsky also voiced his disappointment with the Migration Board's decision, which, he claimed, "failed to take into account the statements of human rights organisations in both Sweden and Russia".

"These have specifically recommended us to leave Russia because of the threats, and high risks for our security in the country. But it was totally ignored by the Migration Board", Knedlyakovsky told SVT.

Knedlyakovsky himself was sentenced to 15 days in prison for his protest action, in which he hung a cross over the neck of a statue of Soviet revolutionary and first KGB chief Felix Dzerzhinsky.

The couple applied for asylum in Sweden June 2017 in connection with an exhibition in the Scandinavian country.

The feminist punk band Pussy Riot rose to controversial world fame with its provocative behaviour and political protests largely leaning on shock value and guerrilla tactics. Their most notorious performance was a 2012 Putin-critical "punk performance" at the Cathedral of Christ the Saviour in Moscow, which many found sacrilegious. Several members of the group were subsequently arrested and sentenced for disrupting public order and for insulting the feelings of believers. A year later, they were all pardoned under an amnesty.