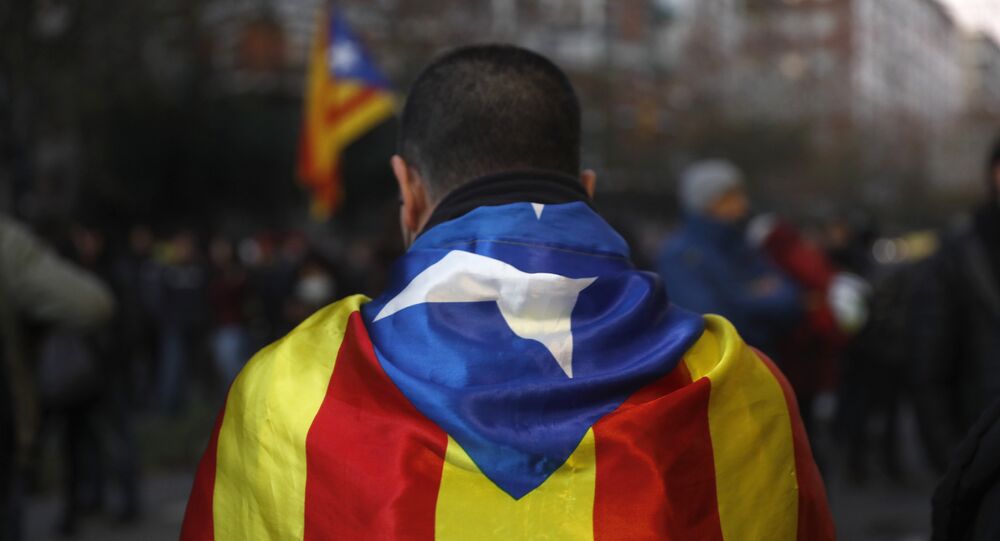 Members of the pro-Catalan independence movement Committees for the Defence of the Republic earlier held a rally in Barcelona late on Thursday during a meeting between the regional government head, Quim Torra, and Spanish Prime Minister Pedro Sanchez.

A Cabinet meeting, attended by Spanish Prime Minister Pedro Sanchez, is expected to be met by pro-Catalan independence protests in Barcelona on 21 December.

7 people have been detained during clashes between protesters and police, according to the local law enforcement.

The protesters earlier blocked the Avinguda Diagonal, one of Barcelona’s key avenues, in the vicinity of a hotel where an official event and dinner was held later on 20 December, the 24 Horas broadcaster reported. The demonstrators were chanting "Occupation Powers Go Away" and "Independence".

In the referendum, which was deemed illegal by Madrid, over 90 percent of the voters supported Catalonia's secession from Spain.

A total of 571 trains have been cancelled across Spain on Friday as a result of a strike called by employees of rail operator Renfe and the Spanish General Confederation of Labour (CGT), a statement, published on the company's official website, read.

Another strike is expected to take place on January 7, 2019.

The strikers' main demand is staff renewal, as they believe that more young people and women should work in the transport sector. At the moment, female workers account for only 13 percent of the company's employees. The workers have also demanded higher wages and reduced workload.