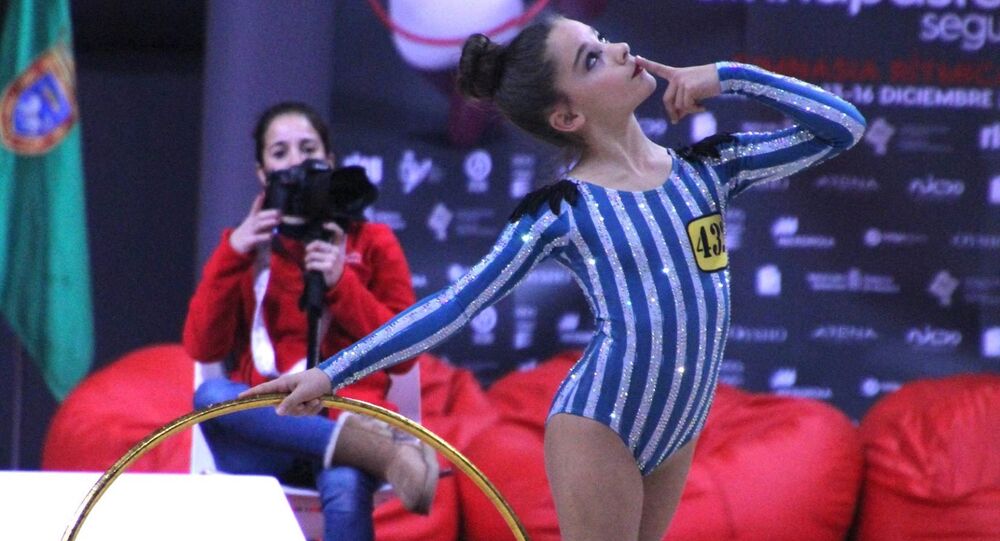 Spanish rhythmic gymnasts were performing a routine inspired by Roberto Benigni’s 1997 movie “Life is Beautiful”, which tells a story of a man and his son amid the horrors of the Holocaust.

The Royal Gymnastics Federation of Spain posted a picture of a female gymnast dancing while wearing striped prisoner uniform with a yellow inmate number at the National Tournament of Rhythmic Gymnastics in the city of Pamplona.

Teenage gymnasts were performing their routine to the soundtrack from the film "Life is Beautiful", which tells a touching story of an Italian book seller of Jewish origin who tried to distract his little son from the Nazi horrors of the Holocaust by trying to convince him that the whole thing is just a game.

The performance sparked outrage on social media, with people saying that it is inappropriate to use such a sensitive theme in rhythmic gymnastics:

"It seems so unfortunate… that I will not tell you what I think of this."

Some, nonetheless, defended it as a touching tribute.