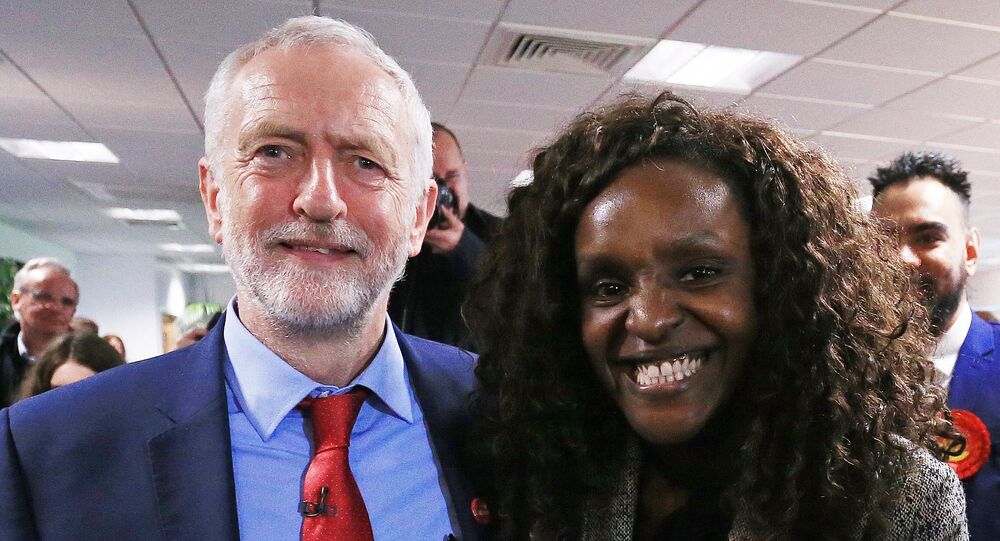 Labour MP Fiona Onasanya has been warned she could go to jail after lying to police about who was driving her car when it was clocked for speeding in July 2017, a month after she was elected to Parliament.

The MP for Peterborough was found guilty on Wednesday, December 19, of perverting the course of justice after lying to police in an attempt to avoid a fine and three points on her driving licence.

The 35-year-old solicitor was accused of colluding with her brother Festus after her car was caught on camera doing 41mph in a 30mph zone in the village of Thorney, near Peterborough.

Not a good day for #LabourParty #FionaOnasanya what a stupid woman pic.twitter.com/52bZv5tj0W

​She wrote back to Cambridgeshire Police claiming it was being driven by Aleks Antipow, a Russian who had lived at the property in Cambridge where Onasanya lived.

MP Claimed Russian Was Driving….When He Was 1,800 Miles Away

But police discovered Antipow had nothing to do with the offence and had been in Russia at the time of the incident.

Labour has suspended Onasanya, who had a majority of only 607 at the June 2017 election.

​"The Labour Party is deeply disappointed in Fiona Onasanya's behaviour. It falls well below what is expected of politicians. She should now resign," said a Labour Party spokesman.

Onasanya was mocked mercilessly on social media with many people using the hashtag #stupidwoman, a jokey reference to Labour Party leader Jeremy Corbyn's allegedly sexist swipe at Theresa May in Parliament on Wednesday.

Sixty percent of voters went for Brexit at the 2016 referendum and there has been speculation that it will be a key issue in any by-election which would be triggered by her resignation.

​"The biggest issues in Peterborough are the economy and housing and we need a Member of Parliament that will take that up and a government that will deal with the trade issues around Brexit," local councillor Ed Murphy told the Peterborough Telegraph newspaper.

Fiona Onasanya, found guilty today, is one of the 36 new Labour MPs in 2017 — like Jared O’Mara In Sheffield Hallam — whom Labour picked without a proper selection process in 2017 — no interview, no speech, no selection by local members. Just picked by a small NEC panel.

Her Brother Festus Was Driving

Prosecutor David Jeremy QC told the jury at Onasanya's trial she had lied "persistently and deliberately" to avoid prosecution.

Her brother Festus Onasanya, 34, had pleaded guilty to three counts of perverting the course of justice to avoid speeding points.

But his sister chose to deny a single count of perverting the course of justice.

She was found guilty following a retrial.

BREAKING: Theresa May has pulled her #BrexitVote because she knew it would lose. After two years of negotiations, she has completely failed.

​"Fiona Onasanya and her brother Festus both lied to the authorities in the hope they could avoid the consequences of their speeding offences," said Donna Rayner, of the Crown Prosecution Service.

"Fiona Onsanya denied perverting the course of justice but the CPS presented evidence that her phone was in the area when the speeding took place and the man she had nominated as the driver was, in fact, out of the country. Clearly the jury did not believe her explanation," she said.