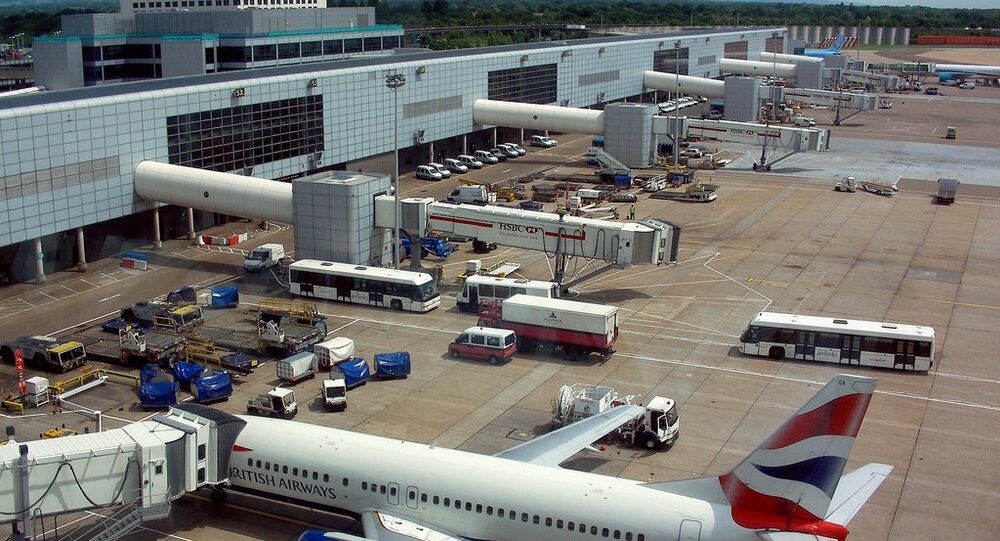 Flights are reportedly being diverted to other airports in the UK and across Europe due to the emergency.

Gatwick Airport has briefly suspended all flights after two unmanned aerial vehicles were spotted over the airfield.

The two drones were spotted near the runway on Wednesday, prompting the UK's second busiest airport to suspend all flights while authorities investigate the intrusion, according to The Guardian.

"Our focus is now on working, with the airport community, to catch up on the flight schedule", the airport spokesman said.

© Photo : Twitter, CISF, India
Stinky Situation: Airport Workers Mistake Gold Paste for Human Poo
The incident has caused more than 20 flights to be diverted to airports across the UK and continental Europe, according to data from the Flightradar24.com website.

Some passengers at Gatwick have reportedly had to wait for more than two hours because of the suspension.

Flights suspended and rerouted after reports of drones flying near #Gatwick pic.twitter.com/PuPF51c648

The airport has issued a warning, suggesting that people departing or picking someone up from Gatwick check the status of their flights.