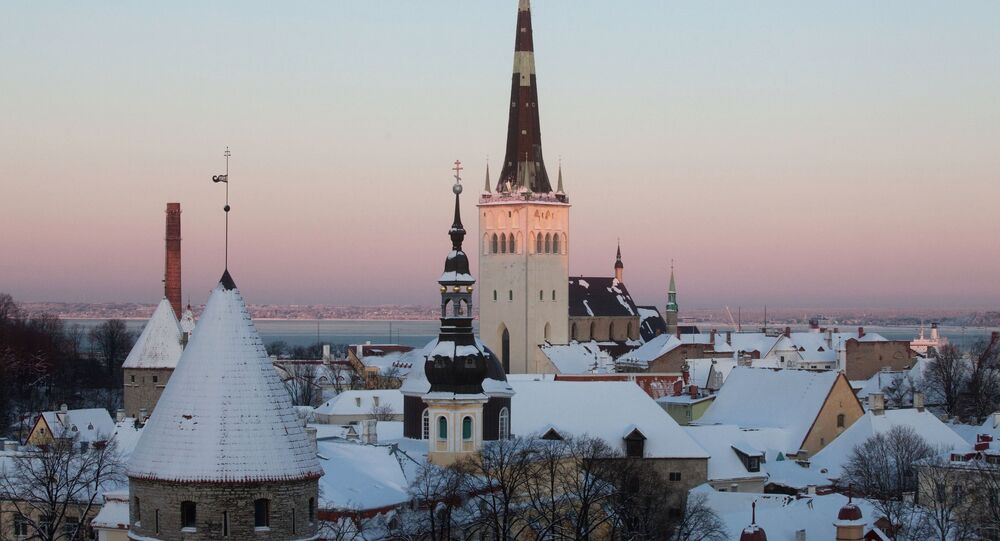 TALLINN (Sputnik) - Tallinn’s unfriendly steps toward Russia will not remain answered and will be met with a tit-for-tat response, the Russian Embassy to Estonia told Sputnik, while commenting on the initiative of a group of Estonian lawmakers to impose entry bans on four Russian nationals.

"If the Estonian side takes additional steps in this direction [and imposes entry bans on Russian nationals], they will not remain unanswered," the embassy said, quoting Ambassador Alexander Petrov’s statement, made at the press conference on Monday.

Wikipedia
Estonia Claims Russia Owes it 1.2 Billion Euros for 'Soviet Occupation'
According to the embassy, Russia is not a supporter of expanding restrictive measures, including entry bans, but, if necessary, it is ready to respond in kind.

On Tuesday, three members of the Estonian parliament, who had previously been banned from entering Russia, tabled a motion, which is meant to ban four Russian citizens from entering Estonia and other Schengen Area nations. According to the lawmakers, these individuals may be linked to the recent naval incident between Russia and Ukraine in the Kerch Strait.

© AP Photo / U.S. Navy
US Not Mulling Military Response to Kerch Strait Incident - Pentagon Official
In June, Moscow banned a number of Estonian Russophobic politicians and public figures from entering Russia. The list includes 20 Estonian nationals, including the three lawmakers who have put forward the motion. Russia’s move was a response to Tallinn imposing entry ban on 49 Russian nationals under the so-called Magnitsky list on March 29, and thereby following suit of Latvia and Lithuania.

On November 25, Ukraine's Berdyansk and Nikopol gunboats and the Yany Kapu tugboat illegally crossed the Russian maritime border as they sailed toward the Kerch Strait, the entrance to the Sea of Azov. Russia seized the Ukrainian vessels and detained 24 crew members after they failed to respond to a demand to stop. Russian President Vladimir Putin has said that the incident was a provocation prepared in advance as a pretext to introduce martial law ahead of Ukraine's upcoming presidential election.