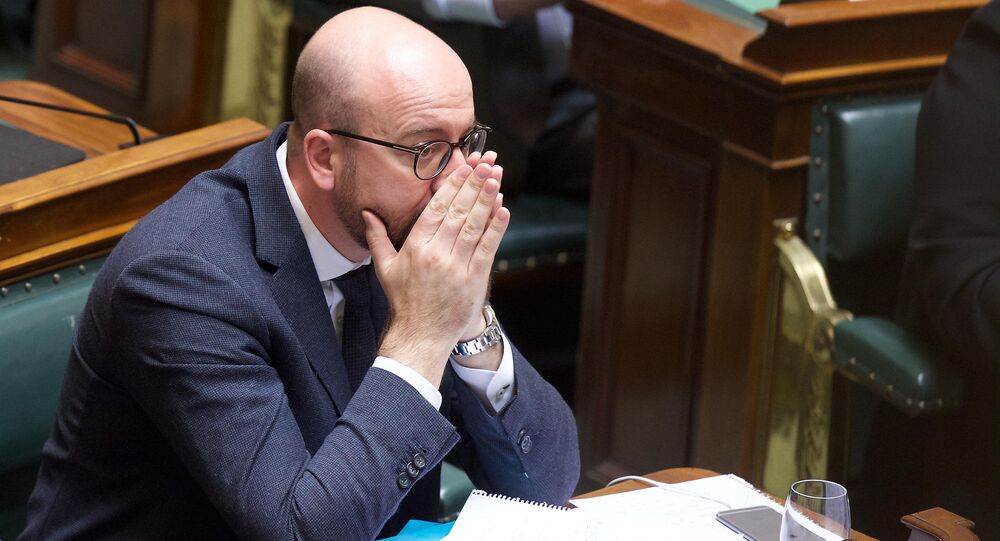 "Prime Minister Charles Michel was granted an audience at the Castle of Laeken to present the resignation of the government. The king has put the decision on hold," the royal palace said on Twitter.

Earlier in the day, Michel announced his resignation in an address at the parliament after losing a no confidence vote.

The UN Global Migration compact aims to ease the burden on developing nations, which host 90 percent of an estimated 25 million refugees, by providing more investment — from both governments and the private sector — to further strengthen infrastructure and the provision of services for refugees and host communities.

The agreement will also track refugee flows through the creation of follow-up systems, including a Global Refugee Forum every four years, at which governments will report and pledge on a range of measures — funding, policy, legal changes and resettlement quotas.

READ MORE: Poverty in Africa Should Be Tackled as Cause of Illegal Migration to EU – Kurz

© AP Photo / Virginia Mayo
EU to Weaken as Int'l Player if Some Countries Leave UN Migration Pact – Juncker
However, the UN migration pact has triggered division amid the currently tough migration situation, with a number of states, including Austria and the United States, pulling out of the document.

The pact is expected to be enacted at the UN General Assembly on December 19.

Marine Le Pen, the leader of the French right-wing National Rally political party, warned earlier that the UN Global Compact for Migration threatened to turn the EU consulates into travel agencies, arguing that the future agreement would limit the sovereignty of states in terms of migration management.