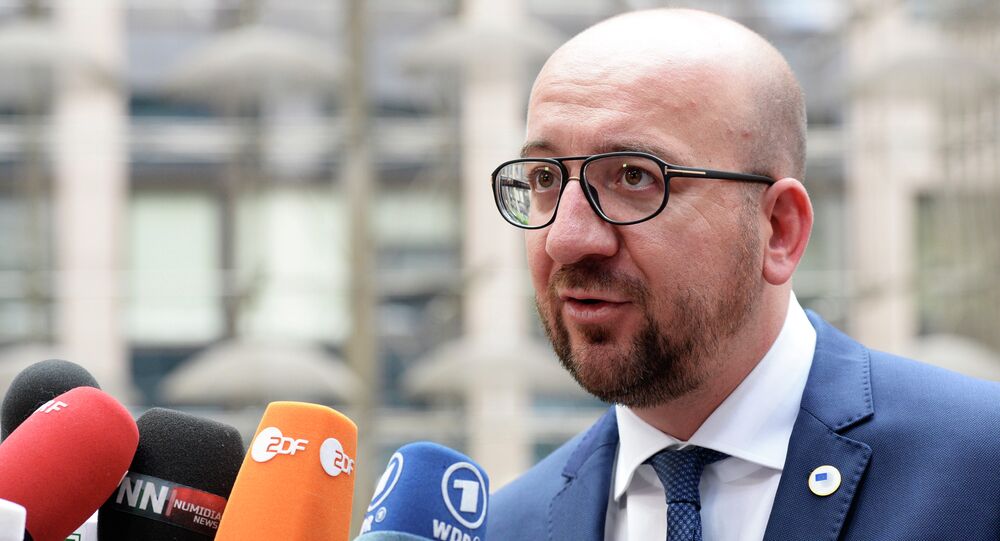 Belgian Prime Minister Charles Michel has resigned amid pressure on his government after the largest party in his coalition quit over his support for the United Nations Global Compact for Migration, AP reported Tuesday.

Charles Michel told Belgian lawmakers Tuesday that "I am taking the decision to offer my resignation. I am now going to see the king" to inform him, as quoted by AP.

"I realized that my appeal to the parliament was not convincing and that it was not heard. I must respect and take note of this situation. I made a decision to resign," Michel said as quoted by the RTBF broadcaster.

© AP Photo / Lionel Cironneau
'Our Customs Officers Will Resemble Hostesses': Le Pen Slams UN Migration Pact
Charles Michel approved lat week the divisive UN compact on migration, which has resulted in the ruling coalition's breakdown, and left him in the minority government. King Philippe of Belgium approved earlier the resignation of three ministers and two state secretaries from the New Flemish Alliance (N-VA), who left the ruling coalition because of disagreements over the UN migration accord.

The government crisis in Belgium was reportedly caused by the decision of the N-VA party to withdraw support for the UN migration pact, which the country's premier, in September, officially promised to sign. Five members of the government have resigned. Their mandates were redistributed among other ministers. The terms of the next parliamentary elections, scheduled for spring 2019, have not yet been changed.

The new coalition currently represents the minority in parliament.

© CC0
One More EU Country Votes Against UN Global Migration Pact
The UN Global Compact for Migration, finalized on July 13 by all UN member states except the United States, represents the international community's attempt to establish a common global approach to all aspects of international migration. The pact comprises 23 objectives for better managing migration at local, national, regional, and global levels.