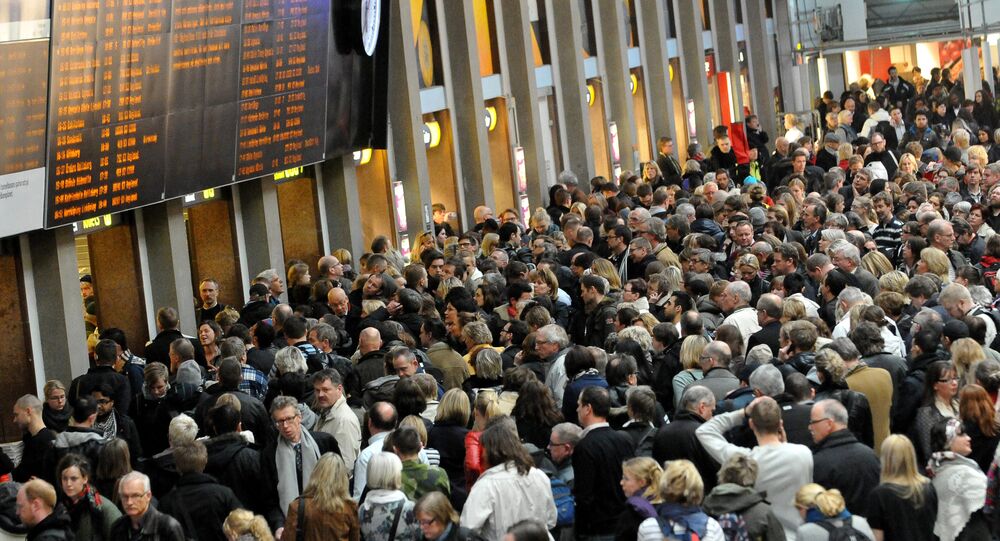 Sky-high taxes, pessimistic outlook, political insecurity and boundless immigration - these are the reasons that may spur many Swedish high earners and captains of industry into leaving for other countries, according to economist Tino Sanandaji, who has made a name for himself as a staunch critic of mass immigration.

Leading entrepreneurs, innovators and investors may be leaving Sweden over fears of a business-antagonistic policy, Tino Sanandaji warned in an interview with the news outlet Nyheter Idag. He compared the current situation with the onslaught of left-wing idealism of the 1970s and the 1980s, adding that it may be much worse today.

"For instance, many Christmas parties and other informal gatherings among the middle class in Stockholm feature an 'exit plan' from Sweden as a common topic of discussion", Sanandaji told Nyheter Idag. "This is something Sweden previously suffered after the 70's leftist radicalisation that drove many entrepreneurs and high income earners into exile".

At the same time, he argued, it is not directly possible to compare today's situation with that of 40 years ago. Today's problems may even be bigger and deeper, Sanandaji warned. "Voting with one's feet", he argued, can be an effective way of protesting against a society developing in the wrong direction and unwilling to address the root of dissatisfaction.

"This time, it's not about taxes alone, but an overall insecurity and general dissatisfaction with social development. Worsening welfare also plays a role. This time, I suspect that it is not only entrepreneurs, but wider groups in society who are thinking of abandoning Sweden", Sanandaji warned.

Sanandaji identified the reasons that may fuel the trend as the faltering social contract, increasing pessimism about the future, ongoing recession, fiscal imbalances, growing debt burden, declining education performance, increased insecurity and a host of other negative factors.

Furthermore, should yet another wave of immigration be in store for Sweden, which already took the most immigrants per capita during the migrant crisis of 2015, it could have far-reaching consequences for the country as a whole, Sanandaji argued. According to him, this applies to both economy and welfare in the broader perspective.

"If the big employers and those with a lot of capital will leave Sweden, it will hit hard those left in the country", Sanandaji said, predicting a vicious circle that will draw the economy down.

Sanandaji drew the situation in Malmö, Sweden's third-largest city, where at least 54 percent of the population had parents born abroad as of 2017. Malmö, often referred to as "Sweden's most multicultural city", has been experiencing a "white flight" fuelled by increased insecurity and crime.

"When high earners disappear, more money is being pumped into welfare, which yields fewer jobs. As a result, schools and other institutions will suffer, which spurs further relocation", Sanandaji said.

To investigate the situation and the scope of middle-class emigration from Sweden, further qualitative studies are needed. Sanandaji intends to write a crowd-funded book about it, a method he previously used with much success. So far, Sanandaji has gathered $27,885 of the $44,140 goal.

Tino Sanandaji is an Iranian-born Kurdish-Swedish economist. With degrees from the Stockholm School of Economics and the University of Chicago, he is the author of several books and a number of scholarly articles on economics, with a focus on entrepreneurship and taxation. Sanandaji has long been an outspoken critic of Sweden's policy of "importing" low-educated labour from developing countries.

Off We Go! Norwegian Emigration Beats Historic Exodus to US