WASHINGTON (Sputnik) - The United States is urging Serbia and Kosovo to decrease tensions and create conditions for dialogue, US Mission to the United Nations Political Coordinator Rodney Hunter told the UN Security Council.

"We encourage both Kosovo and Serbia to take immediate steps to lower tensions and create conditions to progress on the normalization dialogue," Hunter said on Monday. 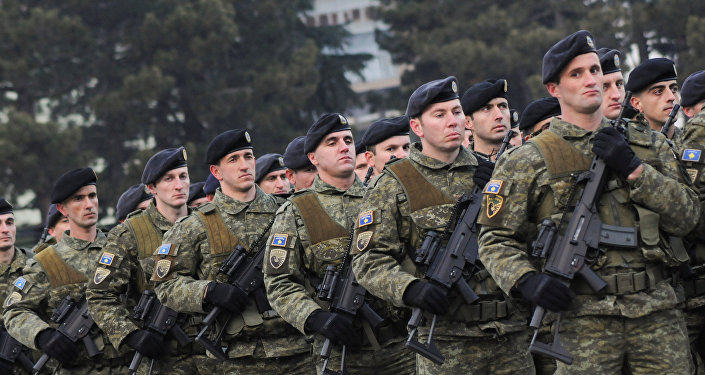 © REUTERS / Laura Hasani
Creation of Kosovo Army Violates UN Security Council Resolution - Russian Envoy
Hunter emphasized that creating such dialogue should be a priority for both sides in order to achieve a comprehensive normalization agreement.

"We urge both parties to remove any barriers and do not take provocative actions that prevent returning to the negotiate table and reaching comprehensive normalization agreement," Hunter said.

On December 13, the Kosovo parliament voted in favor of expanding the existing Kosovo Security Force into a 5,000-strong army. Serbia has criticized the move as being in violation of UN Security Council resolution 1244.

The UN Security Council held the meeting on Monday at Serbia's request.