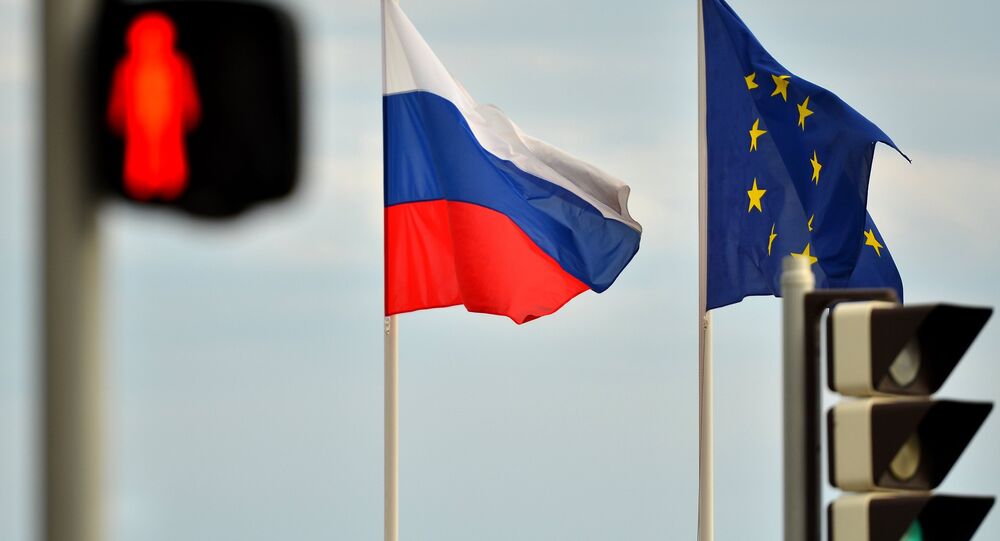 ROME (Sputnik) - Italian Prime Minister Giuseppe Conte reaffirmed his commitment to the idea that sanctions against Russia should not be tightened, but lifted, Russian Minister of Industry and Trade Denis Manturov told Sputnik on Monday.

"Our Italian colleagues, in particular the Italian Prime Minister, are principally stand for lifting sanctions [against Russia] as soon as possible," Manturov said after his meeting with the Italian official.

Manturov added that he had thanked Conte for such a firm position, which he had repeatedly demonstrated, including at the meeting of the European Council.

© Sputnik / Vladimir Sergeev
EU Extends Economic Sanctions Against Russia for Another 6 Months - Tusk
"He [Conte] was supported by several other European countries such as Germany and France in terms of not tightening the sanctions package against Russia, and Mr. Conte confirmed his adherence to these approaches. Italy’s position is very important for us in the future," Manturov said.

On December 13, EU leaders at a summit in Brussels approved a political decision to extend economic sanctions against Russia for another six-month period, citing "zero progress" in the implementation of the Minsk agreements, aimed at settling the Ukrainian conflict, as the reason behind their decision. Recently, opinions on lifting of sanctions against Russia are becoming more clear in the EU countries.

READ MORE: Merkel: There is no Basis for Cancelling or Easing Anti-Russia Sanctions (VIDEO)

Relations between Moscow and the European Union deteriorated in 2014 after Crimea’s reunification with Russia and amid crisis in eastern Ukraine. The European Union imposed restrictive measures on Russia, while Moscow responded by imposing restrictions on food imports from the countries that supported the sanctions. Russia has repeatedly stressed that it is not party to the internal conflict in Ukraine and wanted the country to overcome its political and economic crises.