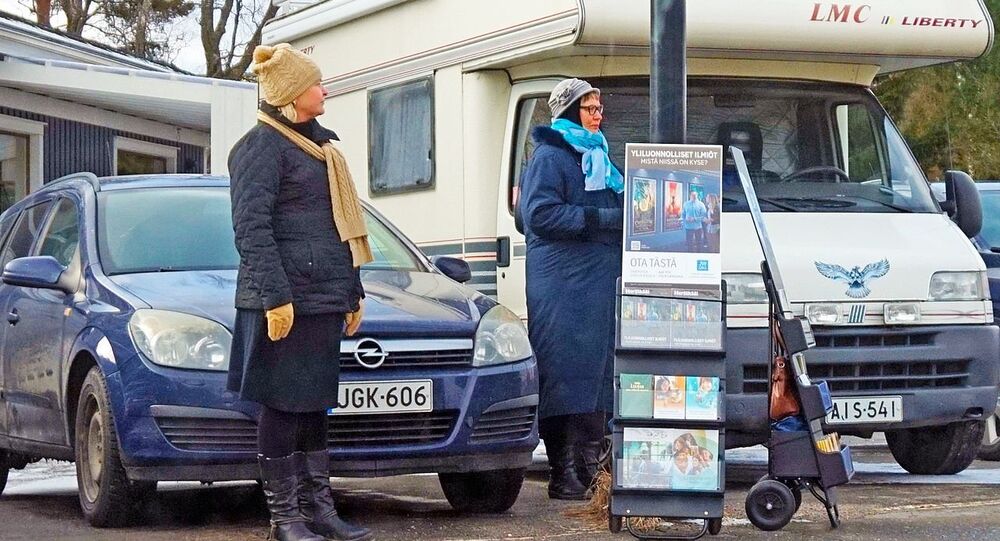 The ruling was reportedly made after a review of the European Court of Justice’s opinion that the collection of personal information by Jehovah’s Witnesses during their adherents’ door-to-door proselytizing is illegal.

The Supreme Administrative Court of Finland has ruled that Jehovah’s Witnesses* in the country can no longer collect personal information of other people and compile name lists without obtaining the prior consent of those whose data is being gathered.

According to Finnish broadcaster Yle, the ruling was made following a review of the practice requested by the European Court Justice, whose opinion, published in July this year, states that the collection of personal information by Jehovah’s Witnesses during their members’ door-to-door proselytizing is illegal "because the organisation is effectively compiling a personal data register, which should comply with data protection regulations".

© Photo : Thurston County Sheriff's Office
Twitter Riled Up Over Suspected Arson Attacks Against Jehovah's Witnesses in US
This development reportedly prompted the Finnish Interior Ministry's Data Protection Board to issue a six-month deadline to Jehovah’s Witnesses “to ensure that personal information is no longer gathered for the group's own purposes.”

READ MORE: You're in the Army Now: Jehovah's Witnesses No Longer Exempt From Finnish Draft

Earlier this year, the Finnish government also ruled that the legislation which allows Jehovah's Witnesses to avoid military service is discriminatory and contradicts the constitution, and that in the future, the religious group’s adherents will be obliged to either serve in the nation's military or perform civil service on the same terms as everyone else.