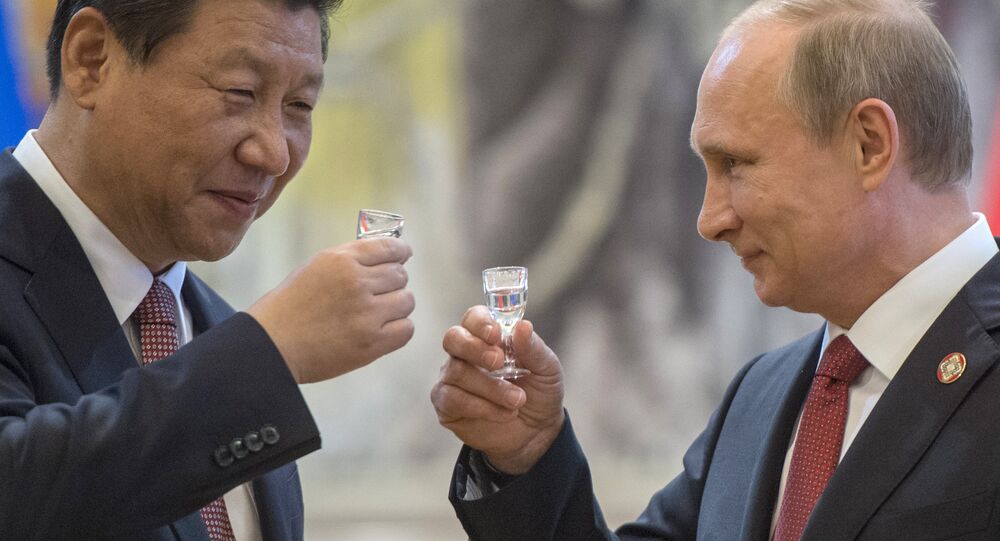 E Europe May 'Gravitate' to Russia, China Amid Falling US Clout - Slovenian FM

The statement came after Miro Cerar travelled to the US on Friday to sit down with Secretary of State Mike Pompeo and National Security Adviser John Bolton, in what became the first official visit by a Slovenian Foreign Minister to Washington since 2010.

Many Balkan and Eastern European countries may "gravitate to Beijing and Moscow", both politically and economically, in the future, which is why the US should increase its regional clout, according to Slovenian Foreign Minister Miro Cerar.

"If Russian or Chinese interests prevail, we will lose the region", Cerar told The Washington Post.

He pointed out that despite the fact that his country has a population of just two million people, China is interested in bolstering political and economic cooperation with Slovenia.

"It's not enough to have good economic cooperation. I tell you, the Chinese come to Europe. As prime minister, I met five times with the Chinese Prime Minister Li Keqiang in order to discuss political relations and business. So I think it would be very good if our friends and allies in the United States would be more present in the region," Cerar stressed.

At the same time, he expressed his concern over Washington's withdrawal from the 2015 Iran nuclear deal, also known as the Joint Comprehensive Plan of Action (JCPOA), and the US's opposition to the Global Compact on Migration and the Paris Agreement on climate change.

Cerar underscored the importance of the US cooperating with "the rest of the world in such areas as preventing illegal immigration, human trafficking and violation of human rights of all kinds."

Brussels and Washington have locked horns in recent years over an array of pressing issues related to Iran, migration and climate change.

In early December, the US Mission to the United Nations described the "Global Compact for Safe, Orderly, and Regular Migration" as a document attempting to "globalise" migration governance at the expense of state sovereignty.

In May, US President Donald Trump announced Washington's unilateral exit from the JCPOA, also warning of the re-imposition of tough economic sanctions against Tehran which were lifted after the signing of the Iran deal.

© REUTERS / Kay Nietfeld
Merkel Supports UN Global Migration Pact Amid Opposition From US, Austria
Other parties to the deal — China, France, Germany, Iran, Russia, the United Kingdom and the European Union — have, however, expressed their commitment to the accord and are working on instruments to bypass the US restrictions.

On June 1, 2017, Trump said that his country would be pulling out of the Paris climate accord, arguing that the agreement had the potential to hurt the US economy and affect national job growth, while unfairly benefiting other nations.