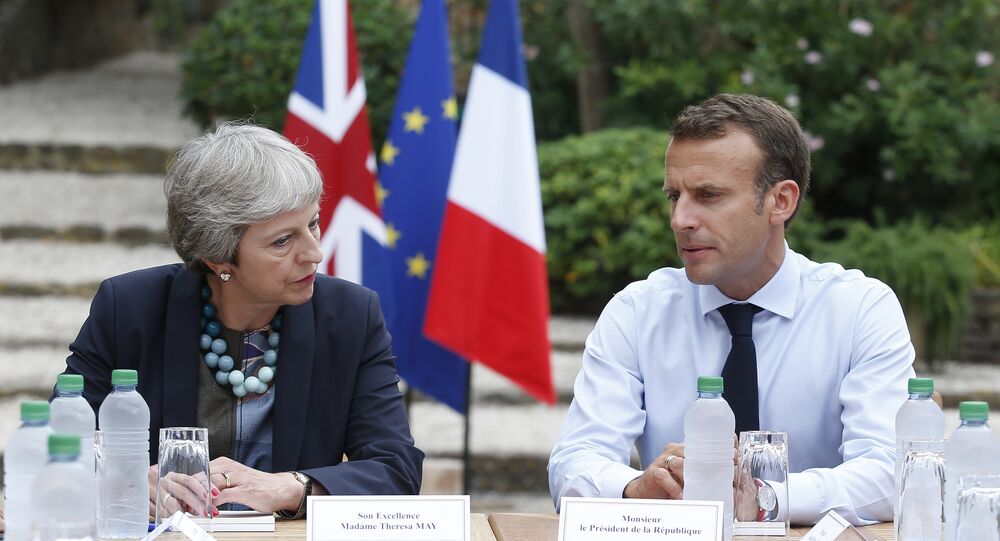 Earlier this week, UK Prime Minister Theresa May postponed a key parliamentary vote on the Brexit deal that her team secured in Brussels two weeks ago. Jeremy Corbyn, the leader of the Labour opposition, described the situation as "extremely serious and unprecedented".

French authorities are trying to capitalise on the current political chaos in the UK in order to lure British businesses "across the Channel", according to The Times.

The officials hope that "with [UK Prime Minister] Theresa May's government in turmoil, companies will conclude that the likelihood of a Labour victory in the next general election is growing, and that they will respond by shifting headquarters and research and development centres to France."

On this point, The Times referred to Ross McInnes, the Franco-Australian chairman of aircraft engine maker Safran, who was earlier tasked with promoting the idea of relocating to France to UK-based companies.

He met British chief executives late last month, saying he braced for a whole array of questions on the Yellow Vest protests, which have hit Paris and other French cities.

Speaking to The Times, McInnes expressed surprise that there was "not a single question" about the matter and that "they all mentioned Jeremy Corbyn", explaining that businesses are concerned of "the prospect of Corbyn as prime minister."

"Businesses are telling me that they dread Corbyn. He is really feared and [the prospect of a Corbyn government] is of infinitely more concern to them [than the protests in France]. What is a month of gilets jaunes [Yellow Vest protests] compared with three years of uncertainty that may end with a Corbyn government? Corbyn is seen as the scarecrow," McInnes pointed out.

Meanwhile, officials in Paris argue that the political standoff in the UK could help the French government tackle the Yellow Vest protests' impact on the country’s image.

READ MORE: No Mercy as Merkel Demands Orderly Brexit Despite Showdown in London

"The one thing businesses really don't like is uncertainty, and that is exactly what they are getting in Britain," The Times quoted one of the officials as saying.

The remarks came after Prime Minister May announced the cancellation of the parliamentary crunch vote on the EU withdrawal agreement that her team secured two weeks ago, after lengthy negotiations with Brussels.

Corbyn, for his part, claimed that "the government has lost control of events and is in disarray", adding that "if the prime minister cannot renegotiate her botched agreement, she has to go".

© AP Photo / Frank Augstein
Brexit: 'Most Probable Outcome May Well be Another Referendum' - Prof
France has seen a wave of mass protests since mid-November, when the so-called Yellow Vest protesters — named after the high-visibility jackets drivers in France are required to keep in their vehicles at all times — took to the streets to rally against rising fuel prices and a planned hike in tax on diesel and carbon fuels.

The rallies have been marked by violent clashes with police officers, who have used tear gas and rubber bullets against the protesters. In the latest development, at least 150 people were reportedly detained during Saturday's Yellow Vests protests in Paris.