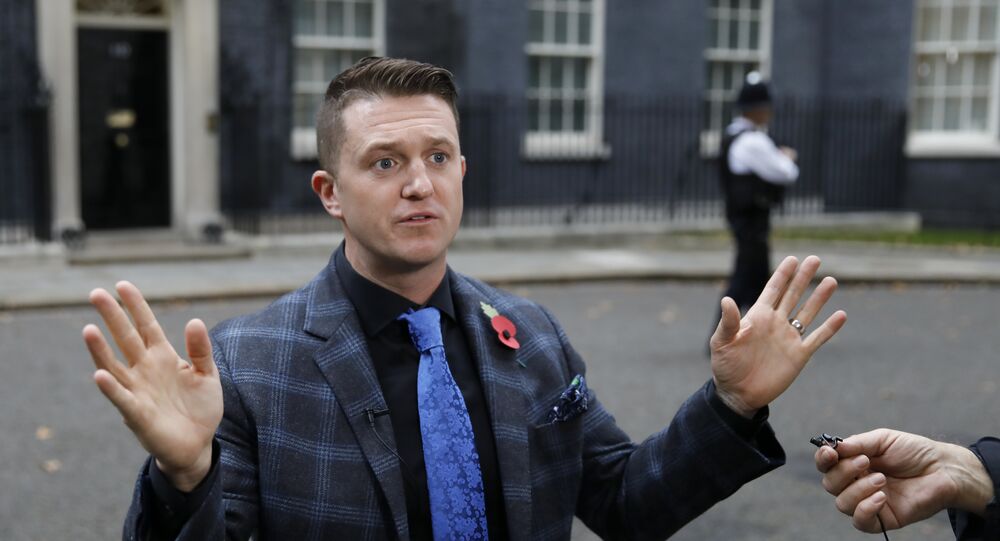 YouTube prankster Niko Omilana has turned to creativity to troll British right-wing activist Tommy Robinson for the second time in five months. The blogger claimed that he had been receiving death threats from the EDL for his pranks, which prompted him to create a parody group he called NDL, or Niko Defence League.

During the "Brexit Betrayal March" led by UKIP earlier this week, Niko managed to go unrecognised thanks to an old man mask that looked creepily realistic, his grandpa's keith and a wheelchair pushed by his friend, who posed as his grandson, as they punked every single attendee of the march before heading to number one target — Tommy.

Robinson was delivering a fiery speech when Omilana asked the security guards if he could talk to the activist, and, luckily, they let him through. After he got to the stage, the prankster gifted NDL merch to Robinson and was even able to trick him into encouraging people to buy the hoodie while looking straight in the camera.

As Tommy was holding up the sweatshirt and said "buy it" with an awkward chuckle, Omilana responds: “Thank you, Tommy. Big troll”. Nonetheless, Robinson didn't realise he'd been punked.

"We made our way through all of these people and planted an NDL hoodie — this is a big troll", Omilana said.

Back in August, the prankster managed to talk to Tommy and to get him to encourage people to join the NDL.

hahahahaha this is the greatest moment of my life pic.twitter.com/94LPpXvs9G