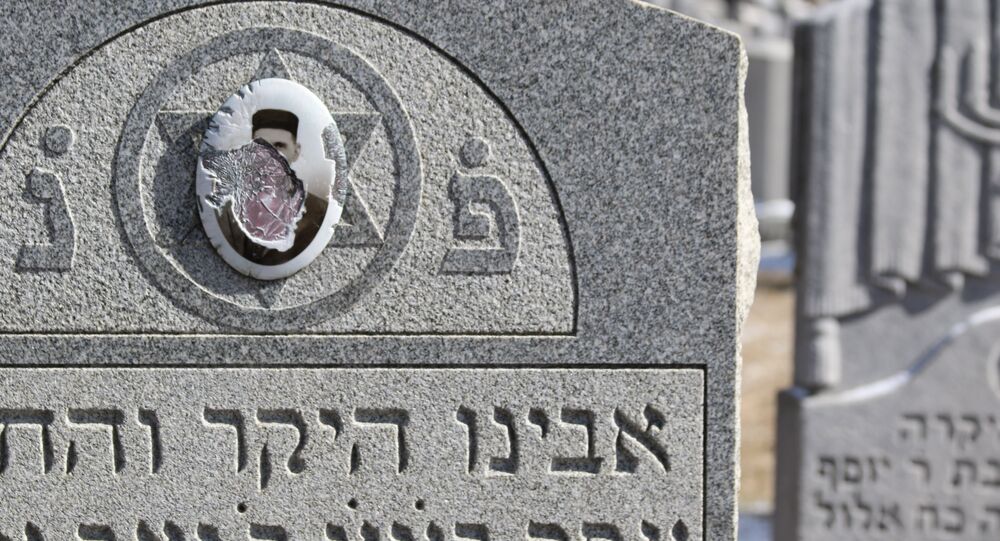 Tombstones and a Holocaust memorial in a Jewish cemetery outside Strasbourg, France, were vandalized with anti-Semitic graffiti this week shortly before the Christmas Market attack by a gunman.

The vandalism was discovered on Tuesday at the Herrlisheim Jewish cemetery hours before the shooting at Strasbourg's Christmas market, CNN reported. The attack killed four people and wounded 13; the suspect was killed on Thursday evening, the police said.

Local authorities have not tied the market attack with the acts of vandalism.

According to reports, thirty-seven tombstones were defaced with spray-painted Nazi swastika signs and other offensive graffiti.

French Interior Minister Christophe Castaner attended a ceremony Friday at the cemetery and condemned the acts of vandalism.

"When a place of recollection is desecrated, the whole republic is defiled," he tweeted Friday. "I came this morning to support the Jewish community and all the inhabitants of Herrlisheim after the anti-Semitic and xenophobic degradations committed in this Israelite cemetery."

© AFP 2020 / Abdesslam MIRDASS
Strasbourg Christmas Market Shooting Suspect Killed, Interior Minister Confirms
The minister noted that the police has yet to identify and find the authors of the graffiti. “I have full confidence in the police, which is conducting forensic investigations. These heinous acts cannot remain unpunished,” he added.

The Israelite Consistory (or consortium) of the Bas-Rhin region of France, where the vandalism occurred, issued a statement which referenced previous vandalism that took place at a Jewish cemetery in Sarre-Union in 2015.

"While the graves of the Sarre-Union cemetery, desecrated in 2015, are still down, this new hateful act only amplifies the feeling of exasperation of the Jewish community in the face of growing anti-Semitism,” the statement read.

The Consistory added an appeal to the authorities and the President of France to “ensure the security of the property and people of the Jewish community, and that this plague that is gangrenous to our society ceases.”

The photos of the vandalised graveyard horrified the social media users, who didn't understand who and why took such a despicable act.

How can humans be so horrible to one another? Heartbreaking.

Disrespecting the deceased by vandalising tombstones… A shameful act of antisemitism. My heart sinks seeing this.

Brainless Jew Haters don't have the brains to even desecrate a Jewish Cemetery. They drew a normal Swastik instead of an inverse one. They ended up in consecrating it😂😂 https://t.co/T2IAWiUE7l

It is shameful,
and embarrassing,
for antisemitism to raise its ugly face again.
And especially in France.https://t.co/djZs3pfB6t