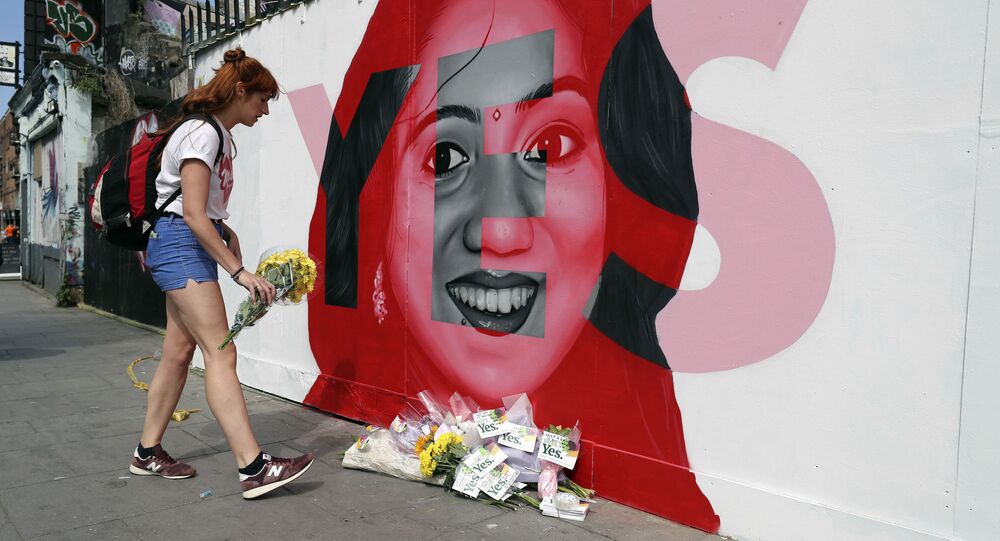 The Regulation of Termination of Pregnancy Bill now needs to be signed into law by President Michael Higgins, The Irish Times reported late on Thursday.

"This is a genuinely historic moment. It paves the way for the implementation of the service for termination of pregnancy in January 2019. The passage of the legislation allows for the beginning of a new journey. It is the start of a new era for women’s healthcare", Health Minister Simon Harris told The Irish Times.

© CC0
‘Having a Child Is Everything to Me:’ 67-Year-Old Woman Carrying Twins Refuses to Abort Despite Doctors’ Advice
The newspaper noted that the bill sought to give women free access to abortion up to 12 weeks' gestation. Ending of pregnancy beyond this period will be legal in cases where there is a risk to a woman's life or threat to her health, or where there is a diagnosis of a fatal fetal abnormality, according to the outlet.

While some lawmakers opposed the passage of the bill, women rights activists welcomed it.

Abortion has been banned by Irish law for years with women facing up to 14 years in prison for breaking it. However, abolishing the ban was backed by Irish nationals at a referendum in May.