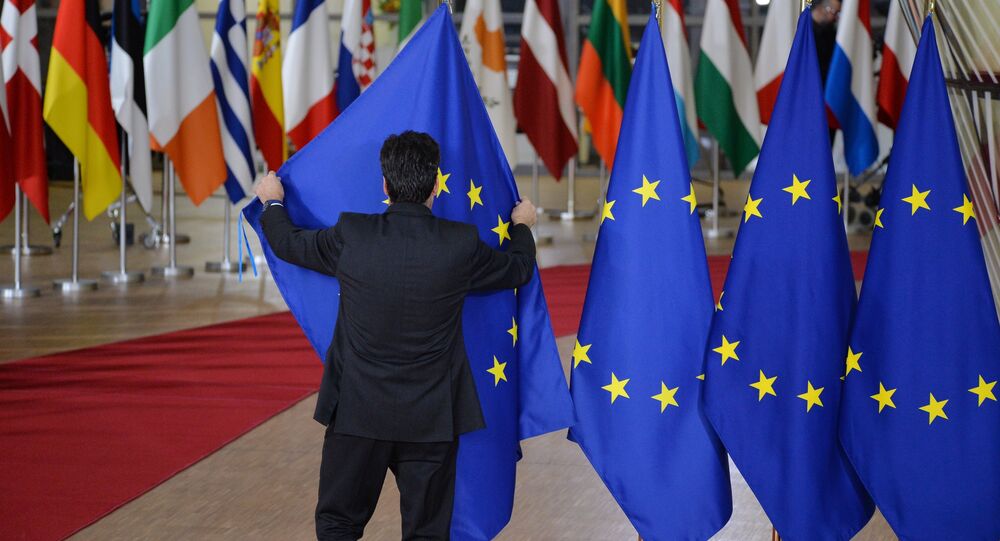 MOSCOW (Sputnik) - European heads of state and government said after their EU27 meeting on Brexit that the UK withdrawal deal was not open for renegotiation between the parties.

"The European Council reiterates that it wishes to establish as close as possible a partnership with the United Kingdom in the future. It stands ready to embark on preparations immediately after signature of the Withdrawal Agreement to ensure that negotiations can start as soon as possible after the UK’s withdrawal," the conclusions added.

The council also said in EU27 Brexit summit conclusions that "the European Council calls for work on preparedness at all levels for the consequences of the United Kingdom’s withdrawal to be intensified, taking into account all possible outcomes."

The European Council also said that the Northern Ireland backstop under the UK withdrawal deal was intended as an insurance policy aimed at preventing the establishment of a hard border on the island of Ireland.

© Sputnik / Алекс Макнотон
British Lawmakers Question Theresa May Amid Brexit Uncertainty (VIDEO)
"The European Council underlines that the backstop is intended as an insurance policy to prevent a hard border on the island of Ireland and ensure the integrity of the Single Market. It is the Union’s firm determination to work speedily on a subsequent agreement that establishes by 31 December 2020 alternative arrangements, so that the backstop will not need to be triggered," the European Council said.

"The European Council also underlines that, if the backstop were nevertheless to be triggered, it would apply temporarily, unless and until it is superseded by a subsequent agreement that ensures that a hard border is avoided," the conclusions added.

Brussels said that in this case, it would be ready to conclude a subsequent agreement replacing the backstop to make sure that the measure is in place "for as long as strictly necessary," adding it expected the same from London.