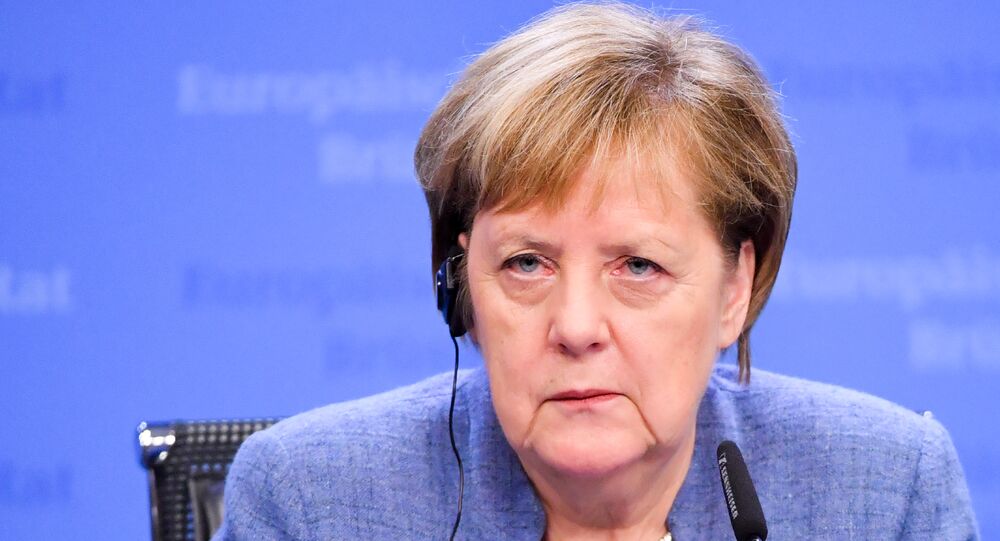 The German chancellor announced her resignation as CDU chief and her decision not to run for another term as chancellor in November at a party meeting. In December, the CDU elected a new head, Annegret Kramp-Karrenbauer, who is considered to be Merkel's protégé and future replacement.

Angela Merkel may resign from her post in favour of newly elected head of the Christian Democratic Union (CDU) Annegret Kramp-Karrenbauer, if the Grand Coalition with Social Democrats (SDP) crumbles, the German newspaper Bild reported, citing anonymous sources within the CDU.

The plan, dubbed AKK (German acronym for Annegret Can Be Chancellor), was prepared in the event of a change of power within the SPD that could lead to the Social Democrats abandoning the coalition. In such a case, Merkel would be expected to leave her post in favour of Kramp-Karrenbauer, who would be in charge of a minority government.

What is more, the Free Democratic Party (FDP) and the Greens have earlier voiced their support for a possible minority government, with the FDP ready to resurrect the so-called Jamaica coalition (CDU/CSU, FDP and Greens, whose colours together can be combined into Jamaica's flag) in case Merkel leaves her post. Bild's sources within the CDU confirmed that the chancellor is indeed ready for such a move, if it would lead to the creation of a new Jamaica coalition.

Neither the CDU, nor the chancellor has commented on the report.

Earlier, in November, Merkel announced that she would not run for the post of chancellor again and that he would resign as the CDU chief, citing the party's poor results in the recent regional parliamentary elections.  In December, Annegret Kramp-Karrenbauer, who is considered to be Merkel's successor by German media, was elected the new CDU head.

WATCH: UK PM Theresa May Gets Stuck in Car Before Meeting With Chancellor Merkel

Illegal Migration Can Only Be Resolved Through Multilateral Cooperation - Merkel