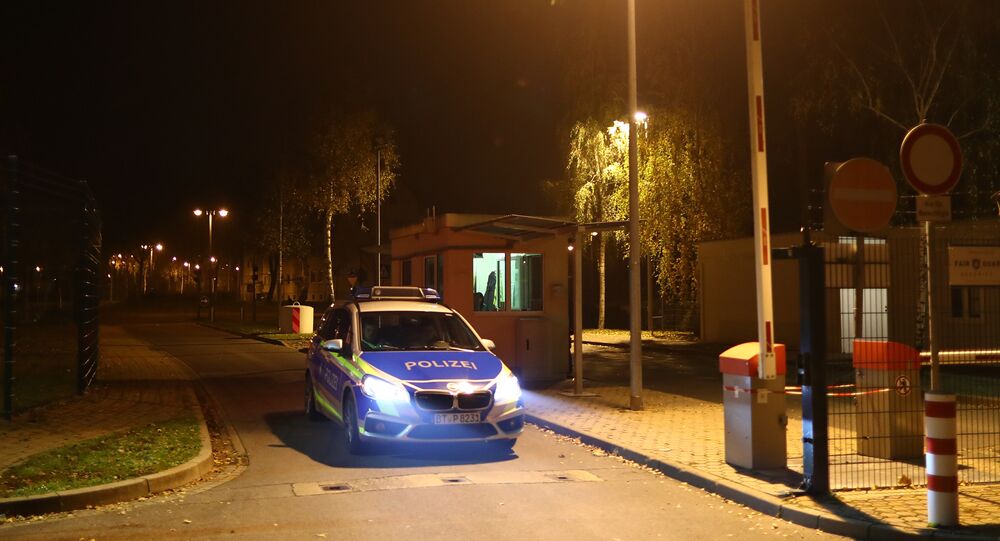 Eleven people, including one policeman, have been injured as a result of unrest in a so-called anchor centre for migrants in the southern Germany. Several Eritrean nationals are said to have attacked security staffers and policemen with stones and metal bars, as well as set the building on fire. A police raid later revealed drugs and stolen goods.

Several people were detained following a violent outburst in the Upper Franconian Anchor Centre for migrants in the northern Bavarian town of Bamberg. Police were called to the site after a disturbance was reported on Tuesday night. The patrol that first arrived on the scene was attacked with paving stones and other objects. Therefore, reinforcements were deployed, who surrounded the building.

Several Eritreans, along with other residents of the centre, reportedly attacked the police and security staff and barricaded themselves inside the premises. They also allegedly set one of the apartments on fire. It forced residents out of the building, and this allowed the police to detain 8 migrants. Four main suspects are to appear in front of a court on December 12, police and prosecutors said. The investigators strongly suspect the migrants, who attacked the police, intended to kill them, the German outlet Die Welt reports.

According to the newspaper, eleven people were injured. One of them was a policeman who was attacked with a metal bar and needed medical treatment. The other ten were residents of the centre, including 9 suspected rioters, who were treated for smoke inhalation. The fire also caused property damage worth around 100,000 euros.

​In the morning after the riot, the Bamberg police raided the complex with "pre-emptive police checks". The inspections revealed violations of the Narcotics Act and discovered alleged stolen goods.

Three months earlier, in an attempt to sort out migration problems, the authorities turned seven transit centres in Bavaria into so-called anchor centres, which were designed to speed up asylum procedures for migrants who are unlikely to have the right to stay. The centre in Bamberg, where 1,250 asylum seekers now live, can accommodate up to 3,400 people.

According to Die Welt, police have had to deal with numerous offences and similar incidents in such facilities. Police forces have been called several times to a centre in northern Swabia Donauwoerth because of residents causing disturbances.