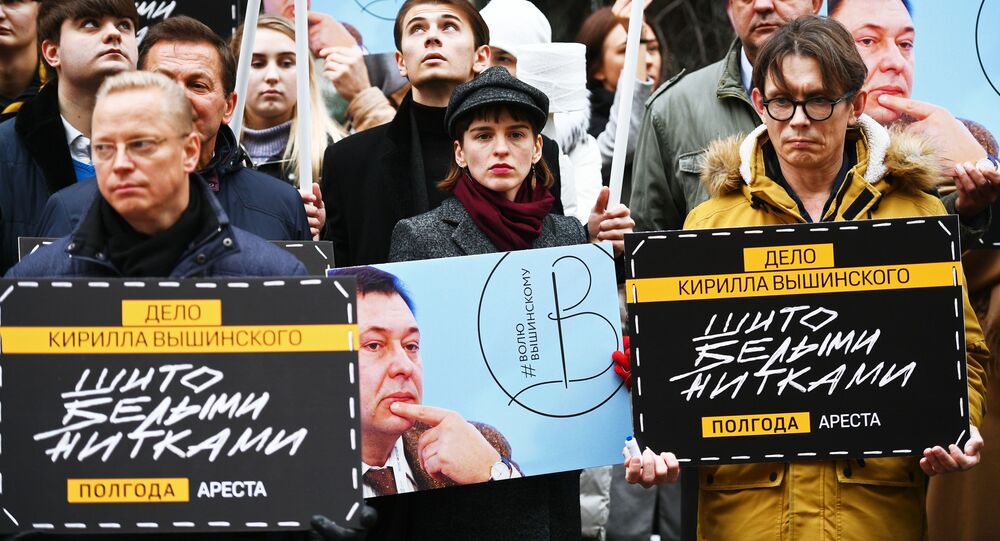 BRUSSELS (Sputnik) - The European Federation of Journalists (EFJ) is disappointed with the decision of a Ukrainian court to keep Ukraine portal head Kirill Vyshinsky in custody and considers it a blatant violation of media freedom, EFJ Secretary-General Ricardo Gutierrez told Sputnik on Tuesday.

"The EFJ is once again disappointed by this decision from the appeal court… In our view, his detention is a blatant violation of media freedom," Ricardo Gutierrez said.

The EFJ calls on the Ukrainian authorities to conduct the investigation into Vyshinsky's case in full compliance with the principles of rule of law were 'necessity and proportionality', he added.

The federation's top official's statement comes after earlier in the day Ukraine's Kherson appeals court, having considered a defense appeal against the extension of Vyshinsky's arrest, remanded him in custody.

Vyshinsky was detained in Kiev on May 15 on suspicion of supporting the breakaway republics of Donbas and on treason charges. The maximum penalty for such offence is 15 years of imprisonment.