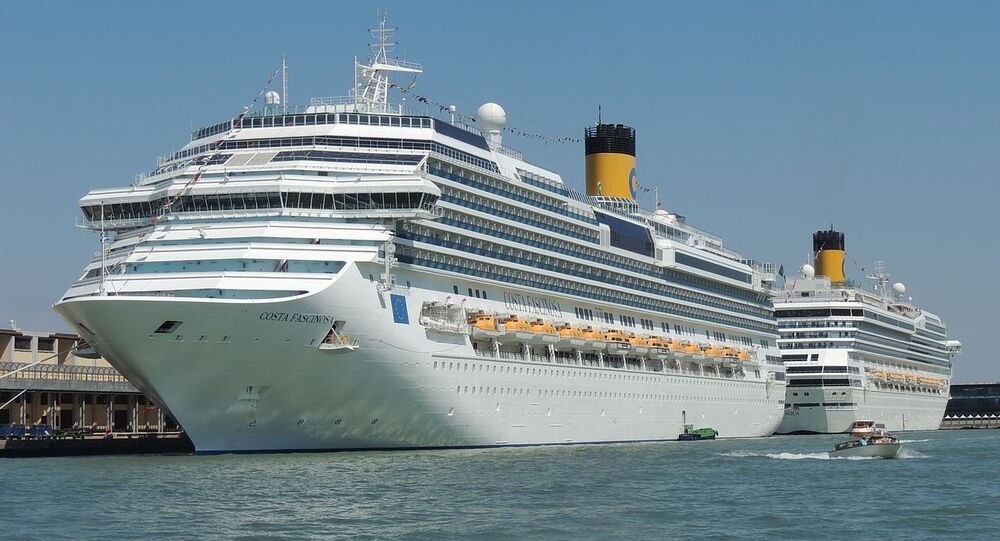 A British couple, aged 70 and 72, were arrested on a Caribbean cruise ship after the police found suitcases full of cocaine in their cabin.

The suspects were detained by the Portuguese police on suspicion of international drug trafficking as soon as the cruise ship docked at the terminal in Lisbon, the Independent reported.

“The National Drugs Trafficking Unit has identified and arrested a foreign couple who were travelling on a cruise line doing a circuit between the Caribbean and Europe and on which there was a strong suspicion of international drug trafficking,” the Policia Judiciaria said in a statement.

The police didn’t identify the pensioners, however, they noted that both of them have already appeared before a judge and remain in custody. They also confirmed that “a large amount of cocaine” had been “ingeniously concealed” within four suitcases.

© AP Photo / Arnulfo Franco
UK Detains Two Dutch Nationals for Importing 1.6 Tons of Cocaine - Reports
The Policia Judiciaria said the arrests followed an “exchange of information” with the UK’s National Crime Agency (NCA). The agency didn’t reveal when exactly the arrests took place or how much cocaine had been found within the suitcases.

The NCA didn’t comment on the investigation as it is led by the Portuguese authorities but said in a statement cited by the Independent that it “works with a wide range of international partners and routinely both shares and receives information.”