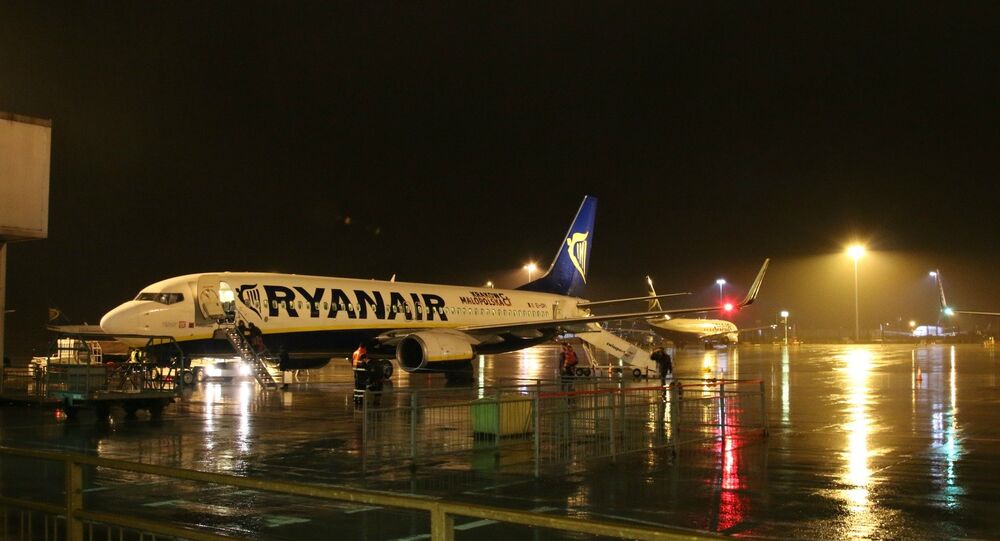 December 10 marks international human rights day - but also the conviction of 15 UK activists who stalled the takeoff of an immigration removal charter flight by blocking the runway have been convicted of endangering the safety of Stansted airport, a terrorism offence for which they could face life imprisonment.

Following a nine-week trial, the jury at Chelmsford crown court took three days to find the defendants — all part of the End Deportations campaign group — guilty of intentionally disrupting flight services at an aerodrome, a breach of the 1990 Aviation and Maritime Security Act.

The protest fell March 28 2017, at night — their target was a Boeing 767 aircraft chartered by the Home Office, sat on the Stansted runway, awaiting to dispatch undocumented immigrants to Nigeria, Ghana and Sierra Leone.

The #Stansted15 have been convicted under terror-related legislation — for preventing an unjust and barely legal deportation flight. pic.twitter.com/Pgtv4d83VH

The activists cut a hole in the airport's perimeter fence, arranged themselves around the plane's front landing gear and used lock devices to secure themselves to it — elsewhere at the airport, a second group constructed a two-metre tripod from scaffolding poles behind the engine on the plane's left wing, upon which one of them sat while others locked themselves to the base to prevent removal.

The prosecution argued these actions, which led to a temporary shutdown of Stansted, posed a grave risk to the safety of the airport and passengers alike.

Acting like it is a danger to democracy because they don't have the right to use wirecutters etc to break into airports and stop planes from legally taking off putting people lives at risk. Bunch of idiots. I hope the get prison time.

​While the defence argued the group acted to prevent human rights abuses, judge Christopher Morgan told the jury to disregard all their evidence and only consider whether there was a "real and material" risk to the airport — defence barristers claim the move amounted to a direction to convict.

Reaction to the news has been overwhelmingly negative, with Amnesty International noting the protest prevented the plane from leaving, and of the 60 individuals due to have been deported on the flight, 10 currently pursue asylum claims in the UK, and at least one has since been granted permission to remain in the UK.

"This is a crushing blow for human rights in the UK. The terrorism-related charge was always a case of using a sledgehammer to crack a nut. It's deeply disturbing peaceful protesters who caused disruption but at no time caused harm to anyone, should now be facing a possible lengthy prison sentence. This whole case will send a shiver down the spine of anyone who cares about the right to protest in our country. Around the world, human rights defenders are coming under increasing attack. The UK should not be bringing such severe charges against those who seek to peacefully stand up for human rights," said Kate Allen, Amnesty International UK's Director.

BREAKING: All 15 of the #Stansted15 have been convicted today. We stand in solidarity with them all. The rights and freedoms of all of us are being eroded. The UK should not be targeting human rights defenders in this way. Send the 15 a message of support: https://t.co/7eeOYhD6zH

​In a statement, the defendants said they were "guilty of nothing more than intervening to prevent harm".

"The real crime is the government's cowardly, inhumane and barely legal deportation flights and the unprecedented use of terror law to crack down on peaceful protest," they said.

​The group will be sentenced in February.