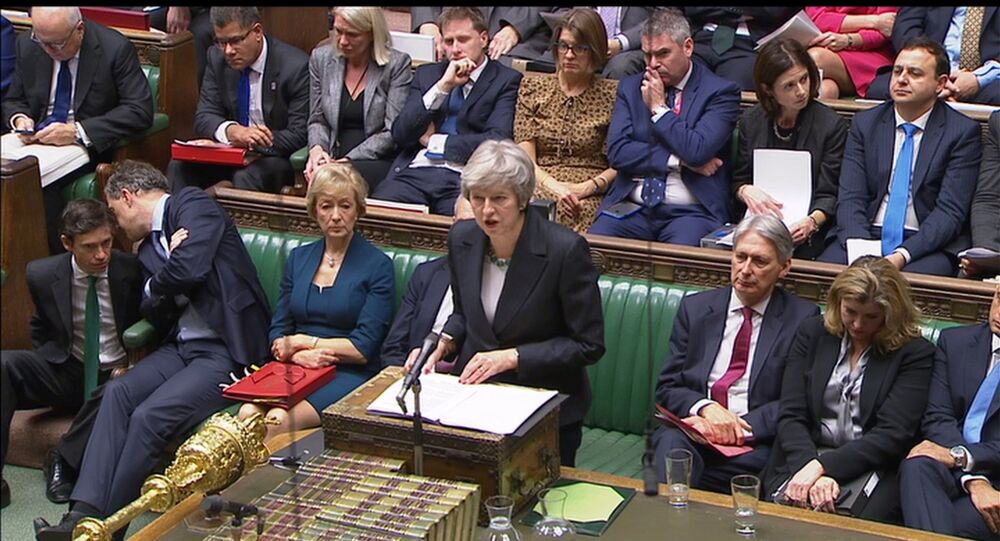 Numerous media outlets, including the BBC and the Financial Times, reported on Monday that British Prime Minister Theresa May had decided to call off the crucial vote on Brexit, set for Tuesday, December 11, hours before parliamentarians were expected to discuss the agreement.

UK Prime Minister Theresa May is set to address the Parliament on Brexit amid reports that a crucial vote on her EU divorce deal will be postponed.

The House of Commons Speaker's office has said that the prime minister will deliver the previously unscheduled speech at about 3.30 p.m. (10.30 a.m. EST).

The news comes as media reports on Monday suggested that British Prime Minister Theresa May would call a meeting of ministers at No. 10 on the Meaningful Vote.