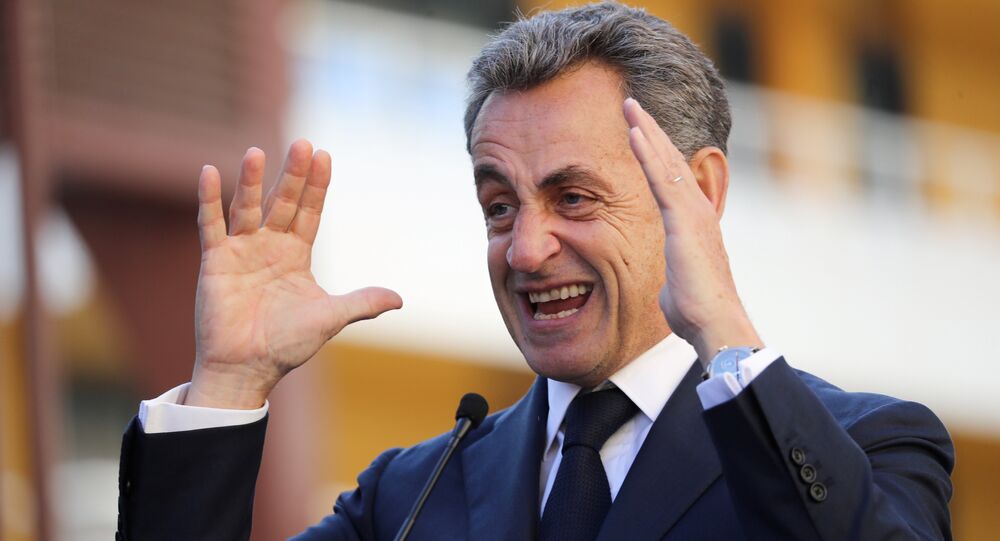 Comeback 2.0? Nicolas Sarkozy Reportedly Claims He May Return to Politics

Sarkozy already attempted to relaunch his political career in 2014 after a defeat in the 2012 presidential elections. This time, his prospects could be bigger given that France is descending into a revolt against current President Emmanuel Macron.

Nicolas Sarkozy, the former French president who quit the political stage two years ago, did not rule out a comeback to politics in the event of a national crisis.

"[Wife] Carla [Bruni Sarkozy] tells me, ‘Nicolas, I hope that you will behave yourself.' But have you seen the situation?" Sarkozy said, as quoted by the French daily Le Parisien, adding that he "may have to come back".

His statement came prior to the Yellow Vests protests raging across France since mid-November, which represent a major test to Emmanuel Macron's presidency. What initially started as a protest against Macron's proposed fuel tax hike has morphed into something that French writer Renaud Camus has described as a "grassroots reaction" to lack of a reaction from politicians as well as financial and business elites.

The protests have been rampaging across the country since mid-November. Nearly 125,000 people took to the streets in France on Saturday, including 10,000 in the capital.

Nicolas Sarkozy assumed France's highest office in 2007 after occupying the posts of internal minister from 2002-2004 and 2005-2007 as well as economy minister in 2004. He retired from politics after losing to Francois Hollande in the 2012 battle for the presidency by a close margin.

The retirement appeared to be temporary, however, as in 2014 he was elected the leader of his UMP party, later rebranded as Les Républicains (The Republicans). His second departure from politics came in 2016 after he was eliminated in the first round of his party's primary.

Sarkozy was indicted in March 2018 on charges of passive corruption and illegal campaign financing. He was accused of receiving cash from the Libyan government for his victorious 2007 presidential campaign.