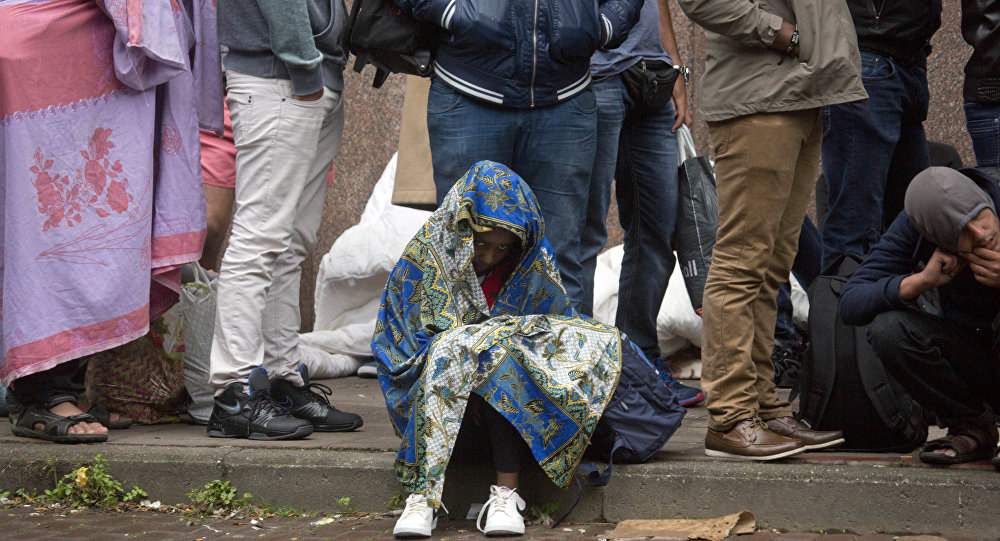 The UN Global Compact on Migration, praised as the first-ever UN global accord on a common approach to international migration, has been a stumbling block for the international community - and especially for European countries. Belgium's majority coalition government has fallen victim to the controversy swirling around the pact.

The New Flemish Alliance (N-VA), the largest of the ruling coalition's four parties, quit the government on Sunday over the divisive UN migration pact. The Alliance's departure left Belgian Prime Minister Charles Michel at the helm of a minority government.

Michel indicated that he would like to avoid early elections by all means. Otherwise, he claimed, the country could come to a standstill until the next election: "I want to enter into a dialogue with parliament: if there would be early elections, if it were the choice to push the government towards early elections, then we are in a situation that would block the country for a year".

N-VA leader Bart De Wever had earlier warned Michel that his party would leave the coalition if the PM travelled to Morocco on Sunday to approve the Global Compact for Migration at a UN conference.

Charles Michel ignored the threat and confirmed plans to go to the summit. Moreover, three other coalition parties, the liberal democratic Open VLD and MR as well as the Christian democrats CD&V, refused to allow Brussels to abstain in any vote on the accord, the Belgian media reported.

The UN Global Compact for Migration is a non-binding agreement that represents an attempt to establish a common global approach to all aspects of international migration. The pact comprises 23 objectives for better managing migration at local, national, regional, and global levels.

It has sparked controversy in Europe in particular as several EU nations have refused to sign the pact, including Austria, the Czech Republic, Bulgaria, Hungary, Poland, and Slovakia. Italy said it would not attend the UN conference in Morocco on December 10-11 but may sign up to the final deal. Lithuania's PM, on the contrary, said that his country would approve the pact but would not sign it. Outside of Europe, the United States, Australia, and Israel have rejected the agreement.