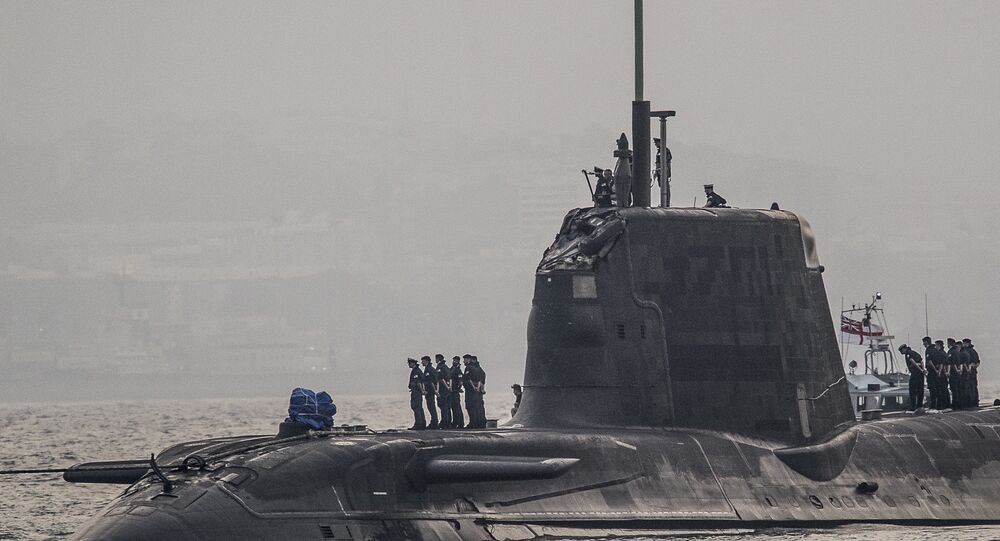 A ban on female submariners in the UK was axed in 2011 after a study did not find any evidence supporting previous fears that higher carbon dioxide levels in the vessels could pose risks to women's health. However, it seems that some are still struggling to put up with the new, gender-equal reality.

A female UK Royal Navy officer was beaten in the face by fellow servicemen at a secret base, The Daily Mail reported on Sunday.

The victim, identified as Lieutenant Kathleen Bartleet, purportedly sustained facial injuries and required medical attention after being elbowed in the face by a male colleague.

© AP Photo
No Longer 'Master of the Seven Seas': Has the Royal Navy Ever Been This Tiny?

According to the tabloid, investigators are looking through surveillance footage of the quayside brawl. They are probing claims that the fight broke out after three male officers mocked her over whether women should be allowed to serve on submarines.

The first women entered service aboard Royal Navy submarines in 2014 for the first time in the century-long history of the Submarine Service, nearly three years after UK government allowed to enlist female submariners. Prior to 2011, female officers were excluded from submarines over fears that elevated levels of carbon dioxide on board were particularly hazardous to their health. These concerns were reviewed by the Institute of Naval Medicine, which found that these fears were ungrounded.